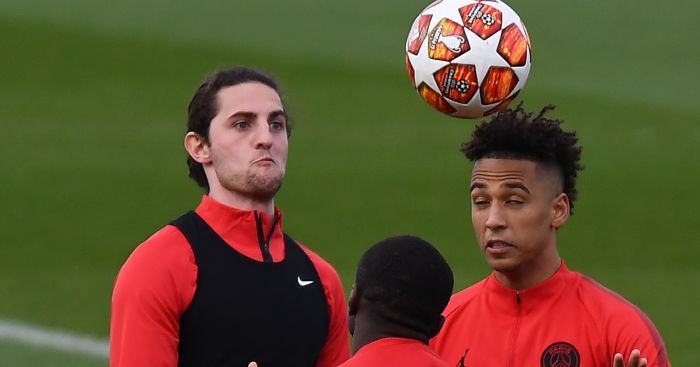 Paris Saint-Germain midfielder Adrien Rabiot has a ‘verbal agreement’ in place to join Real Madrid in the summer, according to reports.

Manchester United have been heavily linked with the Frenchman, who is set to leave the Parc des Princes on a free transfer this summer with other Premier League clubs Liverpool, Chelsea and Tottenham reportedly interested.

Recent reports had indicated that Rabiot had already signed a contract at Barcelona ahead of a move in the summer transfer window – but his mother, Veronique, denied those rumours.

She did admit, though, in a wide-ranging interview with French newspaper L’Equipe that her son has been made something of a scapegoat at PSG and that “they attack him” because of his refusal to sign a new contract.

Rabiot hasn’t featured for PSG since the start of December and it now looks certain he will leave, with rumours of interest from Spanish giants Real Madrid growing.

AS claimed on Friday that Zinedine Zidane had reignited his interest in Rabiot after returning to the Bernabeu for a second spell in charge.

And now Canal+ (via the Daily Mirror) suggests a ‘verbal agreement’ has been struck with Real and Rabiot will now join compatriot Zidane in Madrid.

With Matteo Kovacic’s future up in the air and Luka Modric turning 34 in September, a central midfielder is at the top of Zidane’s summer shopping list.