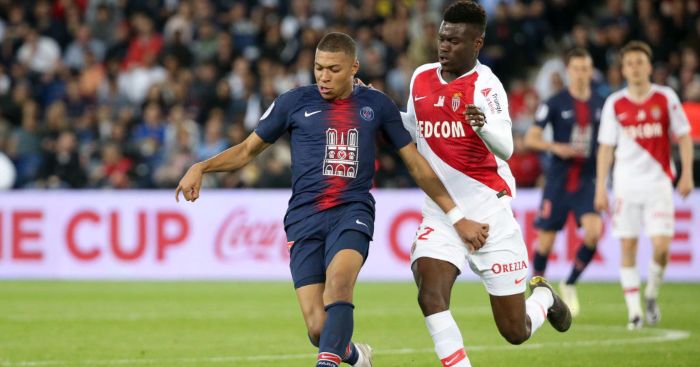 Man Utd have made a bid for Monaco defender Benoit Badiashile and remain locked in talks with the French club, according to reports.

The 19-year-old made 26 starts in all competitions last season for Monaco as they just avoided the drop in Ligue Un, including two starts in the Champions League.

And he has backed that up this term, making 20 starts in all competitions before the Ligue Un season came to a premature conclusion.

Wolves, Tottenham and Man Utd have all previously been linked with the Frenchman with TF1 recently claiming that the Red Devils had ‘entered talks’ with Monaco over the transfer of Badiashile.

United were said to have been tracking the progress of Badiashile for ‘some years’, but face competition from Real Madrid and Bayer Leverkusen who have also approached Monaco over a potential move.

And now that report from the beginning of August has been backed up as RMC Sport’s Mohamed Bouhafsi (via Sport Witness) claims that Monaco have ‘turned down’ a €25m bid for Badiashile from Man Utd.

Meanwhile, TF1 journalist Julien Maynard adds some more meat to the bones by saying that the youngster ‘likes Niko Kovac a lot’ and Monaco ‘could decide to keep its defender’ who is still locked in negotiations with Man Utd.

Maynard adds: ‘Meeting between Oleg Petrov and the player’s advisers scheduled for next week’.