Home All The News Man Utd looking to beat Juve, Milan to midfielder with £72m bid 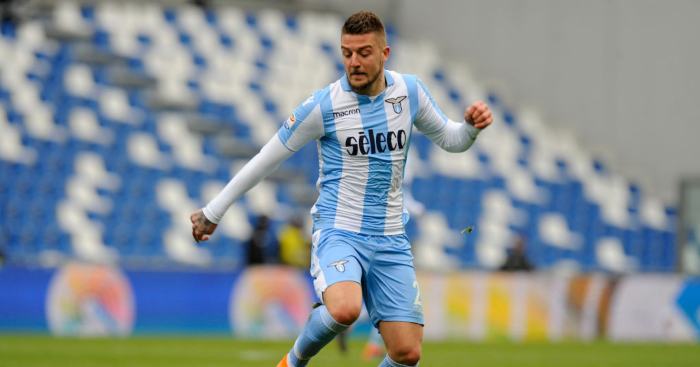 The Italian outlet report that United have opened talks with Lazio over a move for the midfielder, but the Serie A side are desperate to keep hold of the Serbia international.

The same source claim Lazio have placed a £90million price tag on Milinkovic-Savic, who has been a long-term target for Old Trafford officials.

Ole Gunnar Solskjaer is hunting for midfield recruits after Ander Herrera quit at the end of last season and the ongoing uncertainty surrounding Paul Pogba’s future.

The 23-year-old midfielder has been hot on the radar for clubs all over Europe for the best part of 12 months, with including United, Juventus and AC Milan all reportedly keen.

Il Gazzetta dello Sport insisted last week that United remain serious contenders for his signature and have seen an opening bid of £67million rejected by the Serie A outfit.

The midfielder’s agent, Mateja Kezman, was understood to have been in England last week to hold talks with United over a prospective deal. And now Solskjaer has apparently returned with an improved offer, which is still short of what Lazio value the player at.

Ligue 1 giants PSG have been linked with a huge summer bid to land Milinkovic-Savic after it emerged that he was looking for a way out of Rome.

“Milinkovic-Savic? At Lazio, we keep only those who want to stay at the club,”  Lazio president Claudio Lotito told Gazzetta dello Sport last month.If the player expresses his intention to explore a new adventure, we will not oppose him.

“At what price can we let him go? Negotiations are not made in the newspapers. I will only say that he is the best midfielder in the league.”