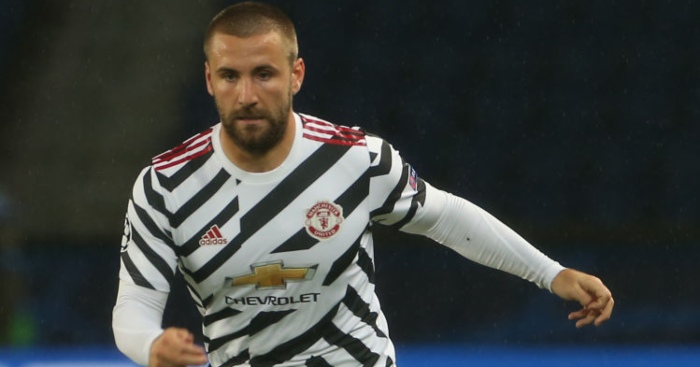 Manchester United defender Luke Shaw is facing several weeks on the sidelines with a hamstring injury sustained in Saturday’s win at Everton.

The left-back limped off late in the second half at Goodison Park, with manager Ole Gunnar Solskjaer admitting at the time he looked “in a bad way”.

In a statement they said he “could miss upcoming Premier League games against West Brom, Southampton and West Ham, as well as Champions League clashes with Istanbul Basaksehir, Paris St Germain and RB Leipzig”.

The injury was a reason for United manager Ole Gunnar Solskjaer to hit out at the fixture schedule after the victory over Everton.

“These boys deserve better,” Solskjaer raged on BT Sport. “Luke Shaw has got injured because of it. It’s a hamstring which might be a long one and Marcus Rashford might be struggling.

“The authorities set us up to fail. Who is responsible? We’ve had enough of that. Players this season, in these times, a pandemic, mentally and physically it’s draining. Let us play on a Sunday, there’s an international break after this, it’s a joke.”