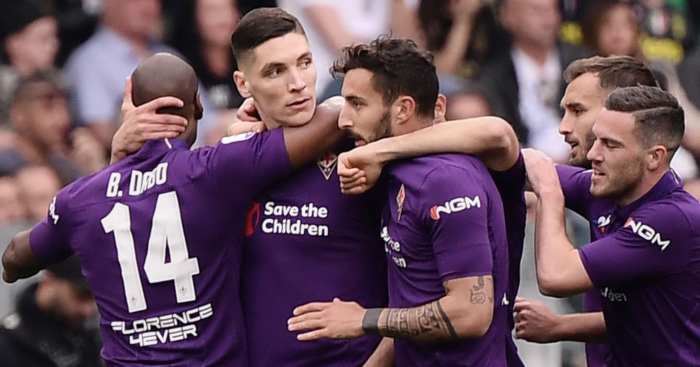 Manchester United have made an enquiry over the possibility of signing Nikola Milenkovic from Fiorentina this summer, according to reports.

United are desperately trying to improve their leaky defence from last term, having already brought in Aaron Wan-Bissaka from Crystal Palace and recently offered £70m for Harry Maguire.

Ex-United boss Jose Mourinho reportedly failed to get a move sanctioned last summer for Milenkovic with interest in the Serbian defender continuing into Ole Gunnar Solskjaer’s reign in January.

And now Italian transfer guru Gianluca Di Marzio claims that the Red Devils ‘made an enquiry two days ago’ for the 21-year-old, with Fiorentina valuing the centre-back at €50m back in January.

Di Marzio adds that United had a €40m bid turned down in the winter transfer market as the club didn’t meet the Viola’s demands.

The report continues by saying the Serie A side ‘are trying resist the attacks of many clubs trying to pry away some of their young talents’.

Milenkovic, who is under contract in Florence until 2022, made 34 Serie A starts last term and scored three goals for his side.