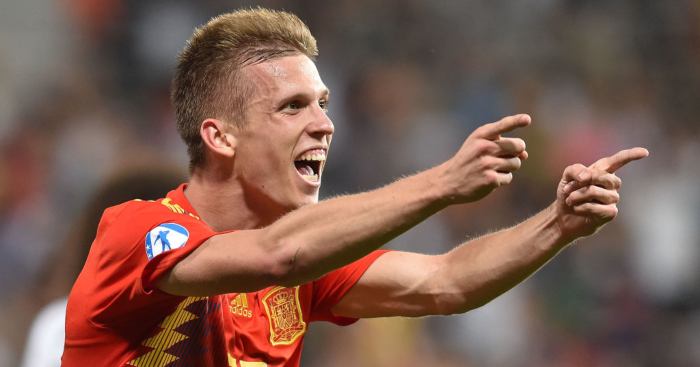 Manchester United have made a bid for Dinamo Zagreb winger Dani Olmo, according to reports in Croatia.

The Red Devils have already sealed the signings of Daniel James from Swansea and Aaron Wan-Bissaka from Crystal Palace, with Bruno Fernandes another reported name on United’s list.

Ole Gunnar Solskjaer is expected to continue to add to his squad as he looks for young, hungry players to provide the foundations at United for many years to come.

And Croatian newspaper Sportske Novosti claims that United have tabled a £36million (€40m) bid for Olmo, who at 21 fits in with United‘s current transfer policy.

He bagged 12 goals and provided nine for his team-mates last season for Dinamo Zagreb as they won the Croatian top-flight by 25 points.

Olmo, who came through Barcelona‘s academy before moving to Zagreb in 2014, has played ten times for Spain under-21s and scored Spain’s winner as they beat Germany in the under-21 European Championship final over the weekend.

Real Madrid and Barcelona have both been linked with a move for Olmo, while Bayer Leverkusen reportedly made a bid of €25m in the past.

Olmo has already won four league titles and three cups during his time in Zagreb and he is added to United’s mounting list of reported targets.

On interest in Olmo, his agent, Andyja Baru, told Sportske Novosti: “At this point I can’t comment on it!

“Serious talks start from today, ultimately decided by Dinamo and Olmo, of course.

“I send all interested clubs to Dinamo and when the clubs agree a fee, I will come to agree on the conditions for Dani.

“Dani can play for any club as he has already showed this at the Euro U21s. When we are talking about Manchester United, they have no such player as Olmo.”