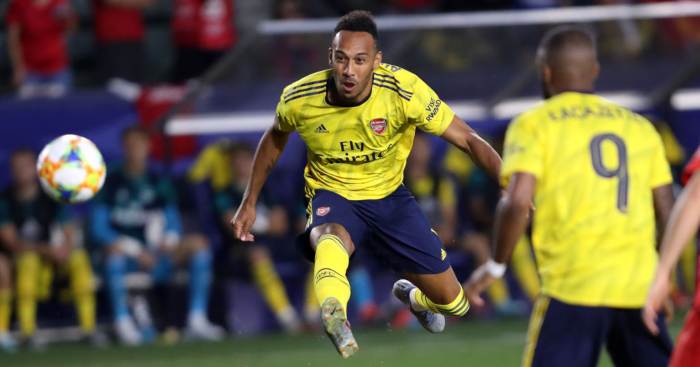 There is a bid on the table from Manchester United for Arsenal striker Pierre-Emerick Aubameyang, according to reports.

Aubameyang is reported to have ‘said yes’ to joining United this summer in previous reports with Tuttosport claiming he is a target for the Red Devils.

TalkSPORT host Andy Goldstein claimed back in mid-June that United had made a ‘first offer’ of £70m for the Gabon international.

And now FC Inter News (via Sport Witness) claim that Aubameyang has been identified as a possible replacement for Romelu Lukaku, who looks likely to join Inter Milan this summer.

The report adds that United have made an offer of €69m (£62.1m) for Aubameyang, who bagged 31 goals in all competitions last term, but Arsenal aren’t keen to sell their top goalscorer.

FC Inter News adds that United’s willingness to strike a deal for Aubameyang shows they are prepared to do business for Lukaku, who could leave if United’s £75m valuation is met.