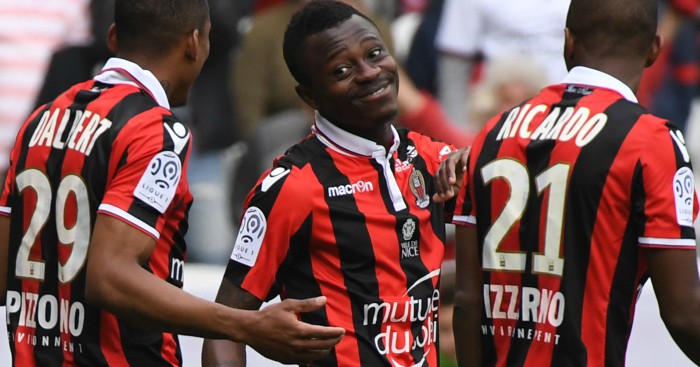 Man Utd are reported to have made further contact this week with Nice midfielder Jean Michael Seri as doubts persist over Paul Pogba’s prospects at Old Trafford.

The relationship between Pogba and Jose Mourinho is said to have become strained in recent weeks after the midfielder’s poor form led to him being substituted twice in the Premier League before being left on the bench for the Champions League trip to Sevilla in midweek.

As a consequence, Pogba’s agent Mino Raiola is said to have made enquiries with Europe’s biggest clubs as to whether they would be interested in taking the 24-year-old this summer.

United are also understood to be making provisions, though their interest in Nice star Seri dates back to before Pogba’s struggles.

The Mirror claims the Red Devils “made fresh contact with representatives of Seri this week, amid suggestions Pogba could be ready to end his second spell at Old Trafford after just two years.”

Prior to this week, it was said United were prioritising a midfielder this summer who can replace Michael Carrick and help Pogba flourish.