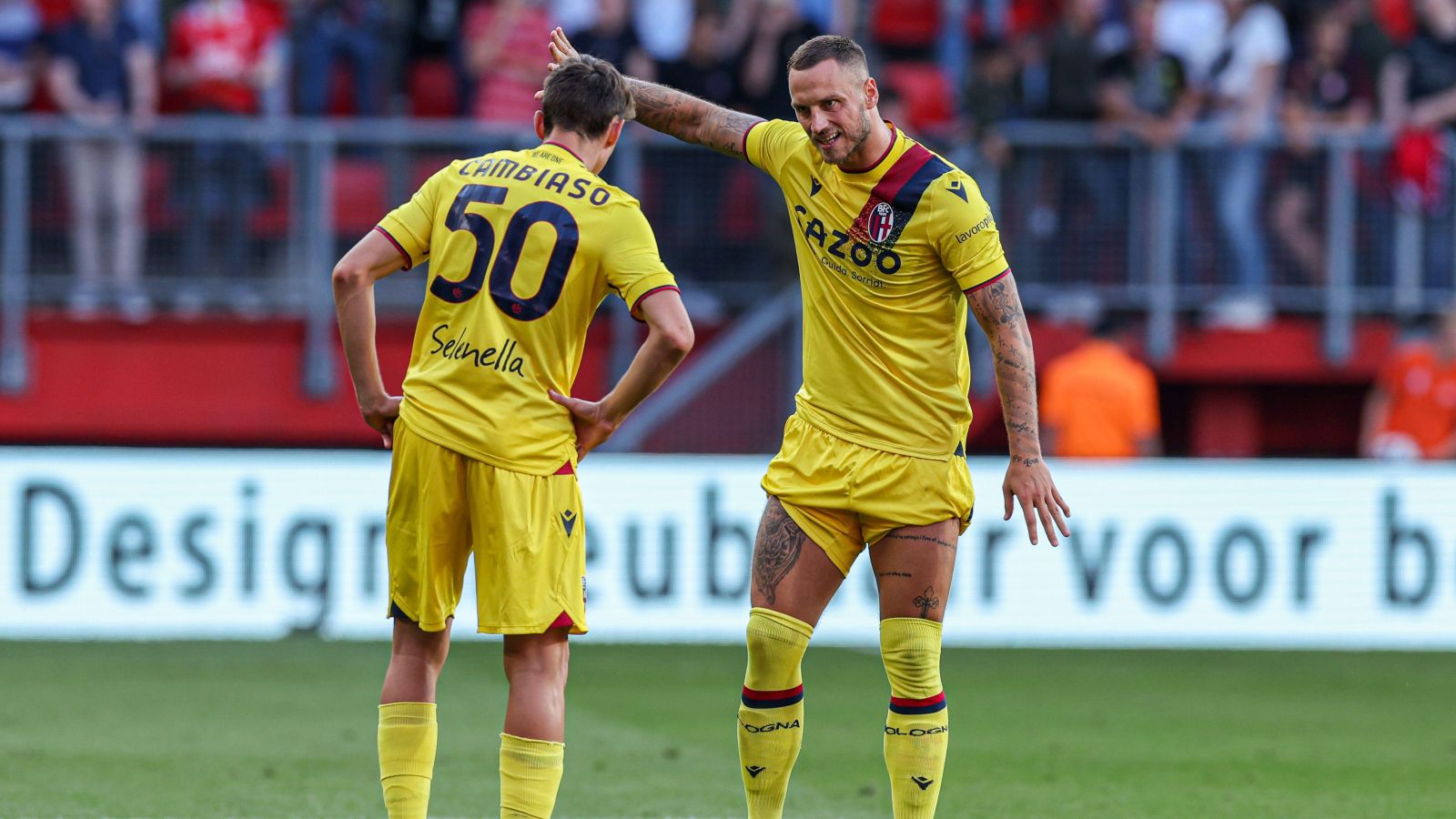 Man Utd are looking to bring former Premier League striker Marko Arnautovic to Old Trafford and have made a bid for the striker, according to reports.

Marcus Rashford started the Red Devils match against Brighton up front today with Cristiano Ronaldo missing most of pre-season and Anthony Martial picking up another injury.

Ronaldo has already asked to leave the club this summer after Man Utd missed out on a place in the Champions League by finishing sixth last term.

Arnautovic played in the Premier League for Stoke City and West Ham over a six-year period before leaving those shores for a move to China with Shanghai Port.

Arnautovic has ’emerged as a surprise target’ as Man Utd want him to ‘become a squad player at the club’ with Ten Hag described as ‘an influential voice on this move and no player will join without his endorsement’.

15 Serie A goals in 33 matches for Bologna won’t have hurt in making his case for a move to Man Utd with the Austrian working under Man Utd assistant Steve McClaren and Ten Hag at FC Twente in the Netherlands.

With only Ronaldo and Martial to call on in forward positions currently, Man Utd legend Roy Keane thinks Ten Hag should hang on to the Portugal international.

Speaking on Sky Sports, Keane said: “You can’t let Ronaldo go out the door and think Martial is going to be the answer. Martial has proven that. He’s had a decent pre-season? Big deal.

“They haven’t got enough options at this moment in time. That might change over the next few weeks, but from a footballing point of view you have to hold on to Ronaldo. You can’t let him go when you don’t have the back-up behind him.”

Keane added: “It’s a pretty straightforward call from the manager.As brilliant as Ronaldo is, he’s only 45 minutes of pre-season. I don’t care how well you look after yourself – you need more than that.

“I think he’s looking at the players he’s got – Brighton at home – and probably thinks he fancies his chances without Ronaldo.”