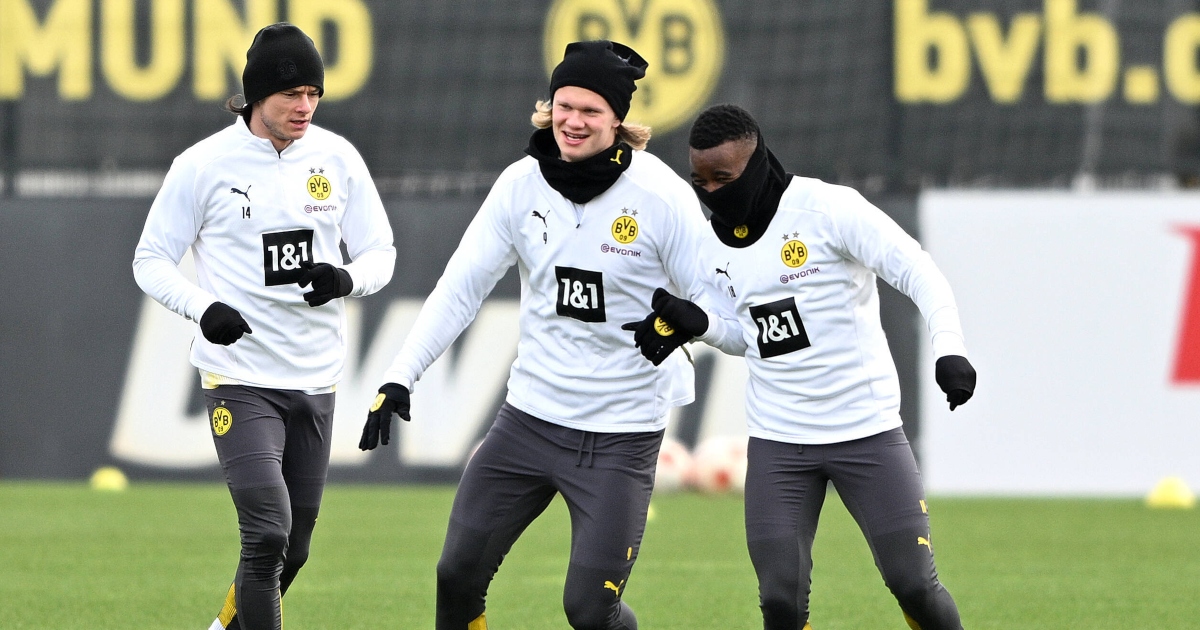 Man Utd will try to convince Erling Haaland to join them this summer but it’s still unclear who has the upper hand in the transfer saga, according to reports.

A number of clubs around Europe have been linked with a move for the Borussia Dortmund scoring sensation including Premier League giants Liverpool, Manchester United, Manchester City and Chelsea.

German champions Bayern Munich and Spanish rivals Barcelona and Real Madrid are also thought to be interested in the Norwegian.

One per club: The unsung Premier League heroes of the season

Haaland is available for £68m at the end of the season when a release clause in his contract at Dortmund becomes active.

The 21-year-old has netted 80 times in 79 outings for Dortmund and also boasts an impressive record for Norway, scoring 12 in 15.

Reports in recent months have leant towards Real Madrid now being the frontrunners for his signature as he ‘favours’ a transfer to the La Liga giants.

And now Spanish publication AS (via Sport Witness) claim that Borussia Dortmund have now become an ‘unexpected ally of Real Madrid in Operation Haaland’ with the German club hoping to keep the Norwegian for one more season.

Dortmund are prepared to boost his earnings for next season so he can ‘start earning a stratospheric salary’ before potentially completing a move to Los Blancos the following summer, which suits the Spanish side.

It is understood that Paris Saint-Germain and Man Utd are the two clubs who could blow everyone out the water in terms of salary but that Ligue 1 ‘doesn’t seduce’ Haaland.

Man Utd will ‘try to convince’ Haaland with an offer in the summer, as well as a number of other clubs, and there is a risk Real will ‘lose him’ if they decide to wait until the summer of 2023.

Meanwhile, Paul Ince recently claimed that it may be “tricky” for his former club to sign Haaland due to his father’s “situation” with Man Utd legend Roy Keane.

“[United] need a striker. Haaland’s a tricky one because of the situation with his dad [Alf-Inge] and  [Roy] Keane at Old Trafford,” Ince said.

“I can’t see him going to Old Trafford just based on that, and if there’s no Champions League he definitely won’t.”