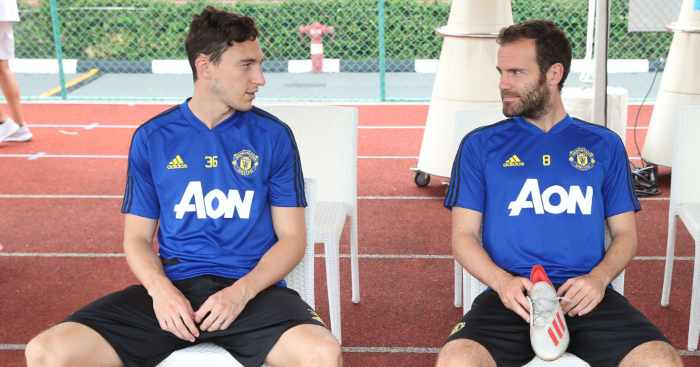 Serie A side Parma have completed the signing of Manchester United defender Matteo Darmian, the Premier League club have announced.

The 29-year-old had already been linked with a move to Italy this summer, while Barcelona were said to be ‘attentive’ to Darmian’s situation at United.

The Italy international had less than a year left on his contract after making seven appearances in all competitions for the Red Devils last campaign and none so far this term.

There were claims at the beginning of August that Darmian had ‘agreed terms with Juventus’ as he was repeatedly linked with a return to Serie A.

However, he has now sealed a move to Parma in a £1.4million deal, making a huge loss on the reported £12.7million United paid Torino in July 2015.

A statement on United‘s official website said: “Everyone at Manchester United would like to thank Matteo for his service and wish him all the best for the future.”