Koulibaly will ‘eventually move to England’ if there are no ‘new negotiations’ with other clubs. 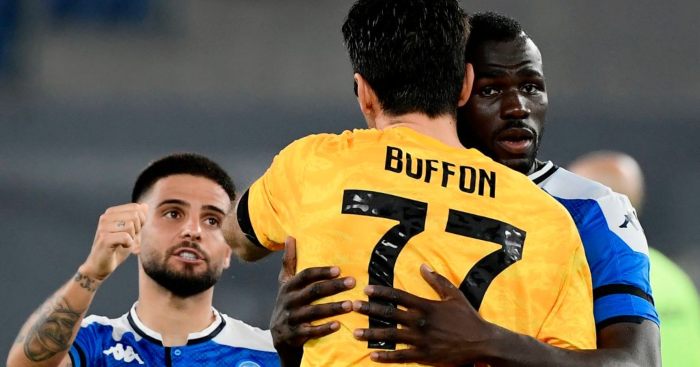 Man Utd have let Napoli know how much they are willing to pay for defender Kalidou Koulibaly, according to reports.

The Senegal international has been consistently linked with a move to Man Utd and other Premier League clubs, with offers going in for the defender during Jose Mourinho’s time at Old Trafford.

Koulibaly has been a key part of Napoli’s defence since 2014 when he swapped Belgian outfit Genk for the Serie A club, where he has amassed 245 appearances in all competitions.

A report back in July claimed that Man Utd are ‘not interested’ in Koulibaly but added it might ‘change depending on the fee parent club Napoli demand’.

And now Gazzetta dello Sport (via Sport Witness) claim that Napoli need to recoup €150m this summer following a spending spree between January and July, meaning Koulibaly could be sold.

Man Utd are now apparently willing to buy Koulibaly for €70m and that amount ‘cannot be refused’ by Napoli given their current financial situation.

The report adds that Koulibaly will ‘eventually move to England’ if there are no ‘new negotiations’ with other clubs.

Meanwhile, Micah Richards yesterday discouraged Manchester City from bidding for Koulibaly with the ex-Citizen comparing him to Eliaquim Mangala.

“I think his price-tag is £20milllion less,” Richards told CBS Sports. “Everyone talks about how he is supposed to be composed on the ball, he’s aggressive but I see similarities to Mangala – and he went to City and it didn’t really work out for him there so I’m not totally convinced after that performance.”