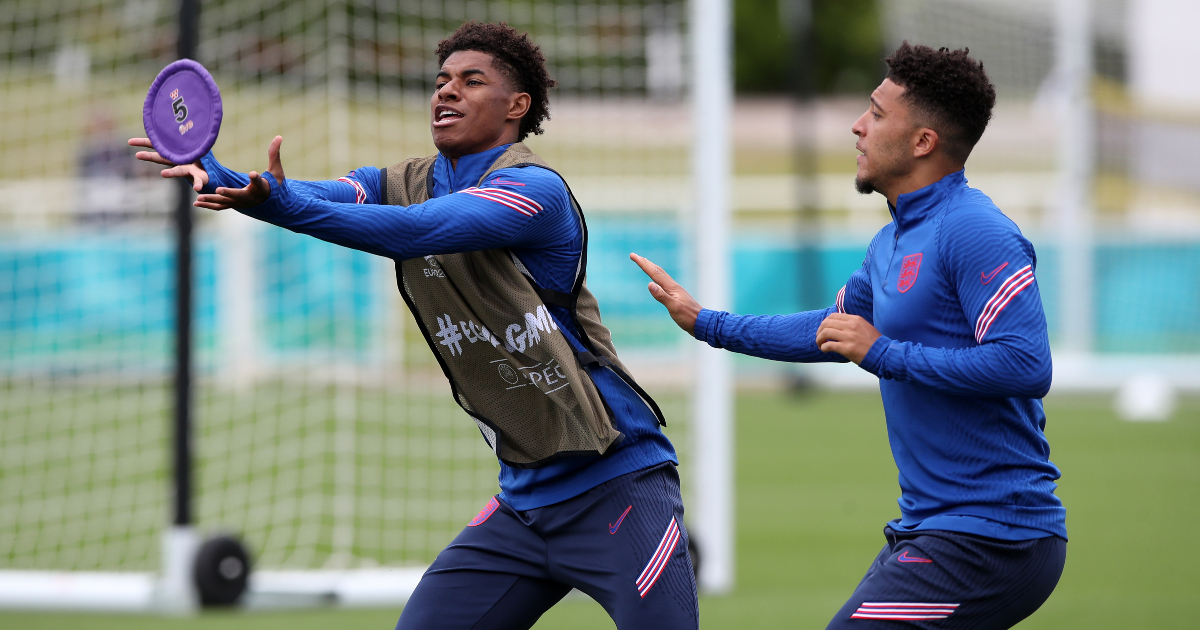 Manchester United have made an improved bid for Borussia Dortmund winger Jadon Sancho, which is believed to be worth around £75million.

According to Sky Sports, the proposed bid would see United pay more up front, with the rest in achievable add-ons.

Dortmund are thought to be considering this offer, but there are reports that the German club have set a non-negotiable deadline on a potential transfer to the Red Devils.

German outlet Ruhr Nachrichten have said that Dortmund are refusing to shift on their £82m plus bonuses ultimatum for the England international.

The Bundesliga outfit want Sancho’s future sorted by the middle of next month to avoid a similar headache to last summer.

United are still the most realistic destination for Sancho, despite interest from other club’s.

When asked if his future is an unwanted distraction ahead of Euro 2020, Sancho told talkSPORT: “No, I’m cool about it.

Sancho is in the England squad alongside potential future teammates in Marcus Rashford, Luke Shaw and Harry Maguire, but the 21-year-old is giving little away.

“Of course all the boys have a lot of questions, you know,” he added.

“I feel like that’s with a lot of players because we’re all such great young talents and, you know, when you do well – again, like I said – speculation is always going to come around.

“Again, I just tell the boys, ‘look, I’m just focused on football at the moment’ and we just focus on the Euros, step by step.”

Sancho was an unused substitute in England’s 0-0 draw against Scotland last night.

The Three Lions struggled to create chances against Steve Clarke’s side and looked lacklustre throughout the match.

Had Sancho had been introduced it could have been a different result for England, and he will be hoping to feature against the Czech Republic on Tuesday.