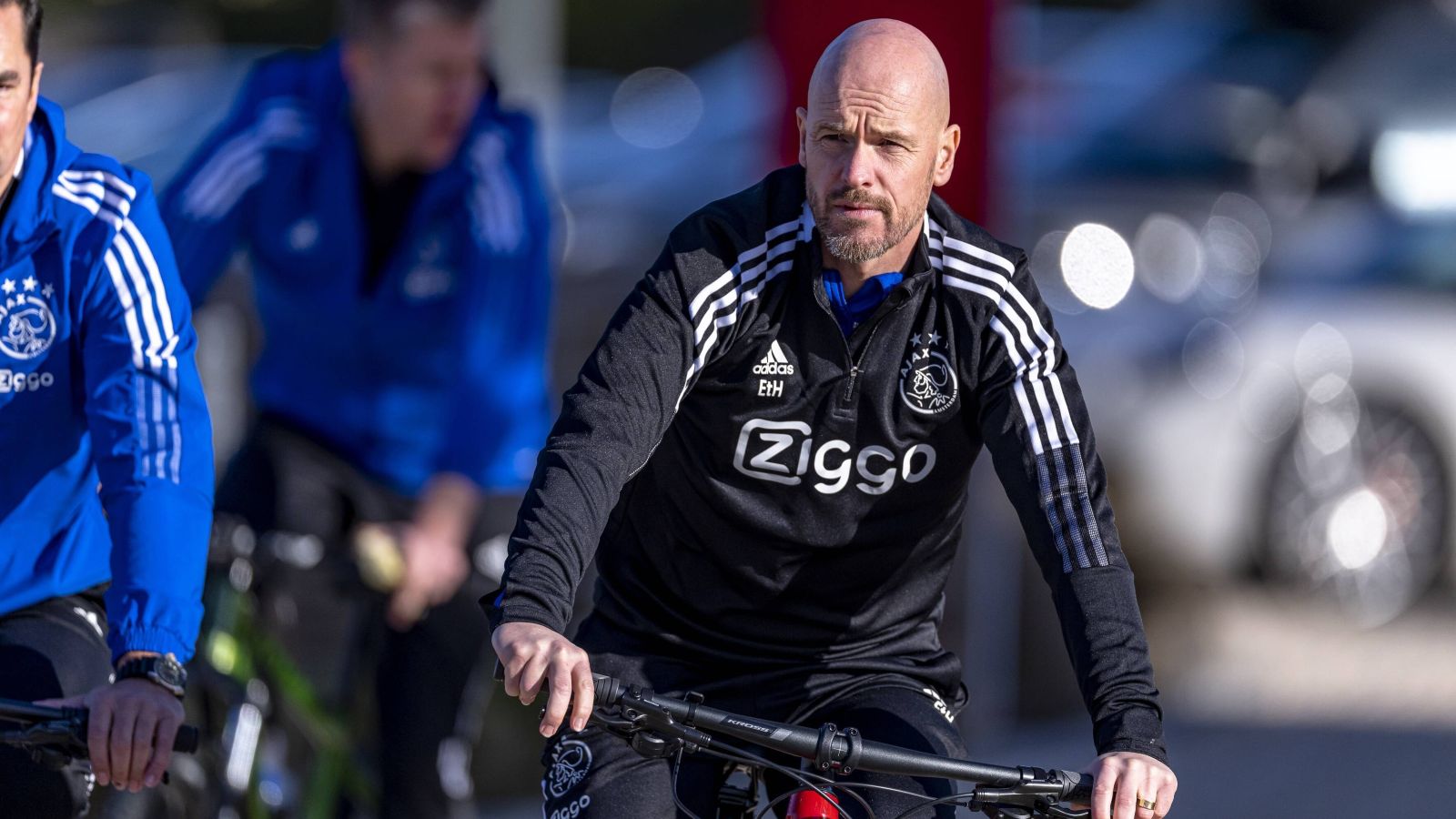 Man Utd have sounded out the possible compensation fee they would have to pay Ajax for Erik ten Hag, according to reports.

The Dutchman has emerged as one of the frontrunners for the job at Old Trafford with Mauricio Pochettino, Julen Lopetegui and Luis Enrique also believed to be in the frame.

A report just over a week ago insisted that Pochettino’s camp now believed the Man Utd job is ‘Ten Hag’s to lose’ despite the Premier League club ‘talking to a number of candidates’ about the role.

However, Sky Sports insist that Man Utd are playing down any reports indicating that they are close to appointing Ten Hag or anyone else as their new permanent manager.

It was claimed last week that Ten Hag had held ‘very positive’ talks with Man Utd about the possibility of taking over from interim boss Ralf Rangnick at the end of the season.

Sky Sports say that Ajax ‘granted permission for the formal discussion to take place’ and a ‘process of due diligence has followed over what it would entail should they choose to hire him’.

Ajax are currently just two points ahead of PSV in a tight Eredivisie title race and sources close to the Dutch manager have ‘suggested that dialogue has taken place over the financial element as well as how to handle a possible announcement – should the process progress that way – in terms of timing and presentation’.

But Man Utd have told Sky Sports that ‘this is premature, and no formal enquiry has been put forward in that regard’ while they ‘do not have a preferred candidate’ for the role.

Sky Sports add: ‘Ascertaining compensation figures and ease of appointment will be done with all candidates. The club feels it is unfair to portray Ten Hag as the frontrunner for the position when they are still working through their shortlist.’

Meanwhile, former Man Utd boss Louis van Gaal warned Ten Hag off the job at Old Trafford as he would be better off going to a “football club”.

“Erik ten Hag is a great manager and that’s always good for Manchester United, but Manchester United is a commercial club. He [Ten Hag] would be better off going to a football club,” Van Gaal told reporters.

“I’m not going to advise him but he should choose a football club, not a commercial one.”