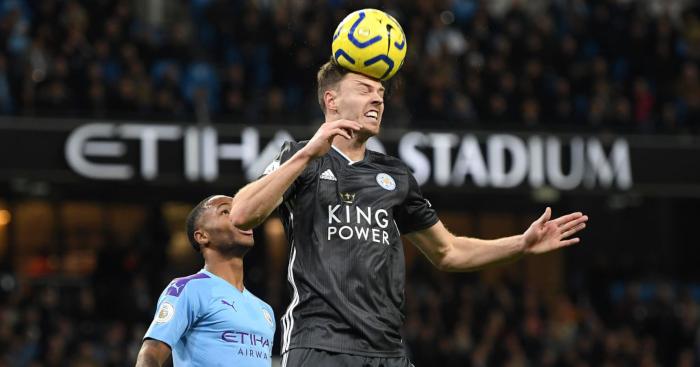 The Foxes defence is currently the joint-best in the Premier League, while United and City have conceded 20 goals each.

Evans has been a big part of Leicester’s success at the back this season and Souness reckons both Manchester clubs would take him right now.

“Tottenham v Chelsea is a significant match in what promises to be a fascinating race to finish in the top four.” Souness told The Times.

‘We’re still in December and it’s too early to say who will join Liverpool and Manchester City in the Champions League places.

“Leicester have come into the equation with Spurs, Manchester United and Chelsea. It’s those four for two places and a really hard shout at this stage.

“United looked like they might have turned a corner with the wins over Spurs and Manchester City, then it was back to what we’ve seen for most of this season from them against Everton. They are still hit and miss, so there’s a big question mark against them.

“I saw Leicester win 4-1 at Aston Villa recently and they are a good team but maybe a bit light on cover for their main men.

“Jonny Evans has been a revelation and both Manchester clubs would love him right now. If he and their other key players stay fit, Leicester will be there or thereabouts.”