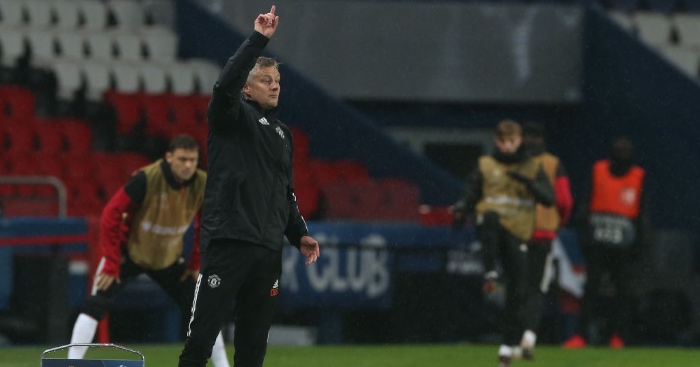 Man Utd boss Ole Gunnar Solskjaer has praised his team’s ‘excellent’ performance as they beat PSG away from home.

The Red Devils started the game strongly and soon went ahead thanks to a Bruno Fernandes penalty.

The playmaker missed the first penalty, but scored the retake after keeper Keylor Navas was deemed to have been off his line.

United handled PSG well throughout the first half and kept deadly duo Neymar and Kylian Mbappe at bay.

However, forward Anthony Martial scored a headed own goal in the 55th-minute which put PSG back in the match.

Englishman Marcus Rashford gave Solskjaer’s men the victory with a brilliant strike in the 87th-minute.

Responding to the performance, Solskjaer told BT Sport (via BBC Sport): “It’s a different feeling from the last time we won here, it’s at the start of the group stage but we’ve beaten a fantastic team. Last time it was a knockout and it was euphoric, this is sterile without the fans but it’s still excellent and we deserved to win.

“When you go away to a team like this against Neymar and Mbappe you have to defend well and your keeper will have to make saves. Axel Tuanzebe is a top defender and his first game in 10 months was testament to the quality he has.

“Bruno missed two penalties in a row but he’s not going to stop taking them – he showed focus and character.

“We know we need 10 points to get through so next week’s game is very important. There are so many games.”

United fans will be encouraged by the strong performance and their defence’s ability to keep Mbappe from scoring.

As mentioned by the manager, Tuanzebe had a great game at centre back and looks like a player to watch for the future.

United’s next Champions League fixture is at home against RB Leipzig next Wednesday. In the meantime, they play top six rivals Chelsea in the Premier League on Saturday.