Marcus Rashford and Anthony Martial have scored 34 Premier League goals between them this season. 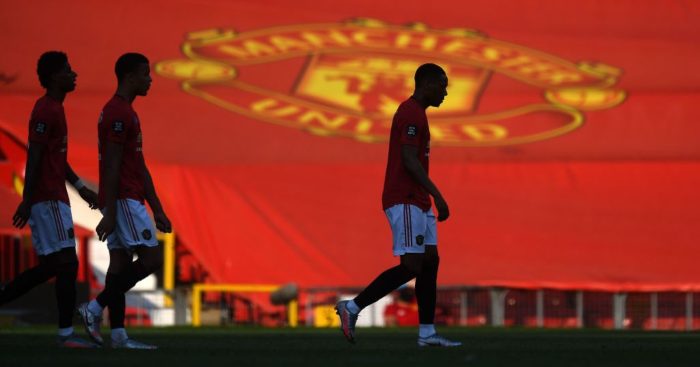 Phil Neville thinks Man Utd have the “best” front three in the Premier League amid the form of Marcus Rashford, Anthony Martial and Mason Greenwood.

Marcus Rashford opened the scoring in first-half stoppage time as Man Utd beat Crystal Palace 2-0 on Thursday night and he also produced a wonderful piece of skill to help Anthony Martial wrap up the contest late on.

It ensured the Red Devils moved back level on points with fourth-placed Leicester, who were able to get the better of Sheffield United earlier in the day.

Those goals meant that Rashford and Martial have scored 34 Premier League goals between them this season, while youngster Greenwood has added five – with four of his coming after the restart.

“I looked at it at the start of the lockdown and thought, ‘what areas do United need to invest in to close the gap to Man City and Liverpool?'” Neville said on Match of the Day.

“Straight away I thought of the centre-forward [position]. But them two are now causing Ole that big of a problem.

“They’re the best three – with Greenwood – in the league, up there with the Liverpool front three and the City front three. I think they have the ability to interchange positions and link with each other. I don’t see any better.”