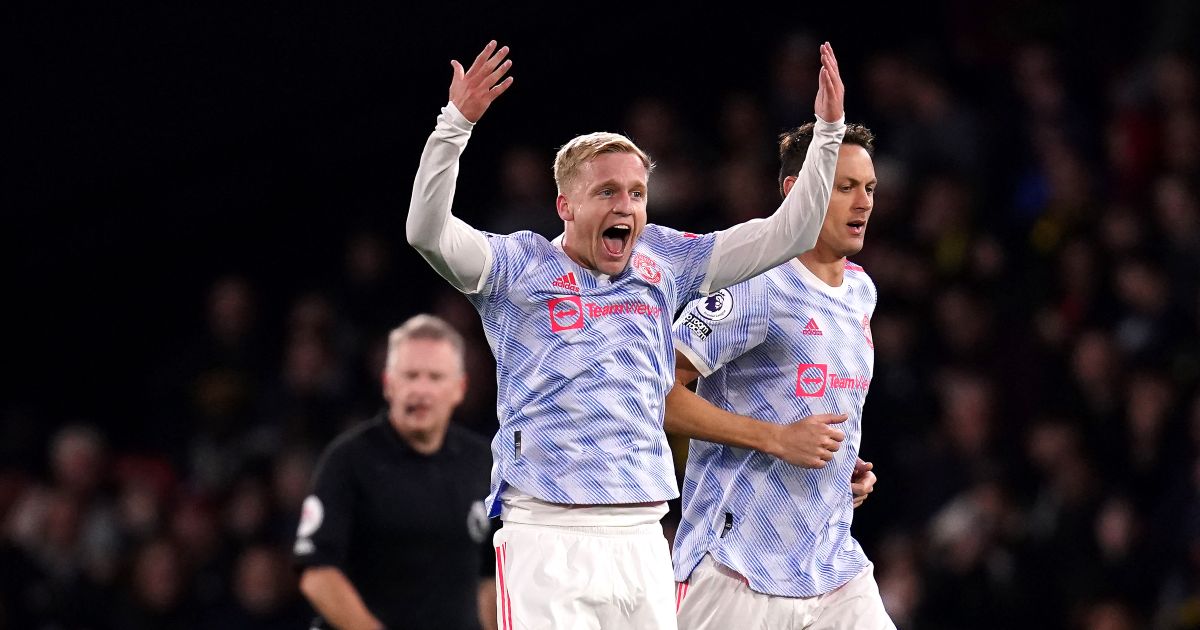 Man Utd duo Anthony Martial and Donny van de Beek are having second thoughts about leaving the club in the January transfer window, according to reports.

Van de Beek and Martial were in Michael Carrick’s first starting XI on Tuesday night as the caretaker manager led the Red Devils to a 2-0 victory over Villarreal and earnt them safe passage through to the Champions League knockout stages.

There had been mounting speculation that both players could leave in the January transfer window with both players linked with Newcastle United, who have new wealthy owners.

However, Man Utd have now reportedly agreed a deal for Ralf Rangnick to take over the club on an interim basis until the end of the season and Martial and Van de Beek could now stay.

ESPN claim that the pair ‘have put their January transfer plans on hold ahead of Rangnick’s imminent arrival’ and ‘will now re-asses their options’.

The report adds: ‘Despite interest from a host of other clubs, their preference is to find regular games at Old Trafford and the pair will see how they fit in over the next six weeks before deciding whether or not to push for a move.’

Another player currently unhappy with their game time is Jesse Lingard – who spent a successful spell on loan at West Ham last season – whose ‘future remains unclear’ with the winger out of contract at the end of June.

ESPN claim that Rangnick’s philisophy ‘fits in with Lingard’s style of play’ and that he ‘could yet hand him a final chance to stake a claim for playing time’.

Solskjaer admitted last Friday that Lingard was unhappy at not getting enough playing time but that he couldn’t “fault the attitude”.

“Jesse is training really hard, really well and he’s ready and available for me, disappointed he’s not playing more. In regards to contract situations and talks, I’ve not been in them very closely. For me, Jesse is still a big part of this squad and important and he gives quality to the group every day.

“Every player wants to play as much as possible, with Jesse and all my players. They’re working really hard, can’t fault the attitude when they’re called upon. Jesse has done well when he’s played for us and with the games coming up he’s going to play a part.”