Home F365 Features Man Utd’s five midfield targets: the cases for and against 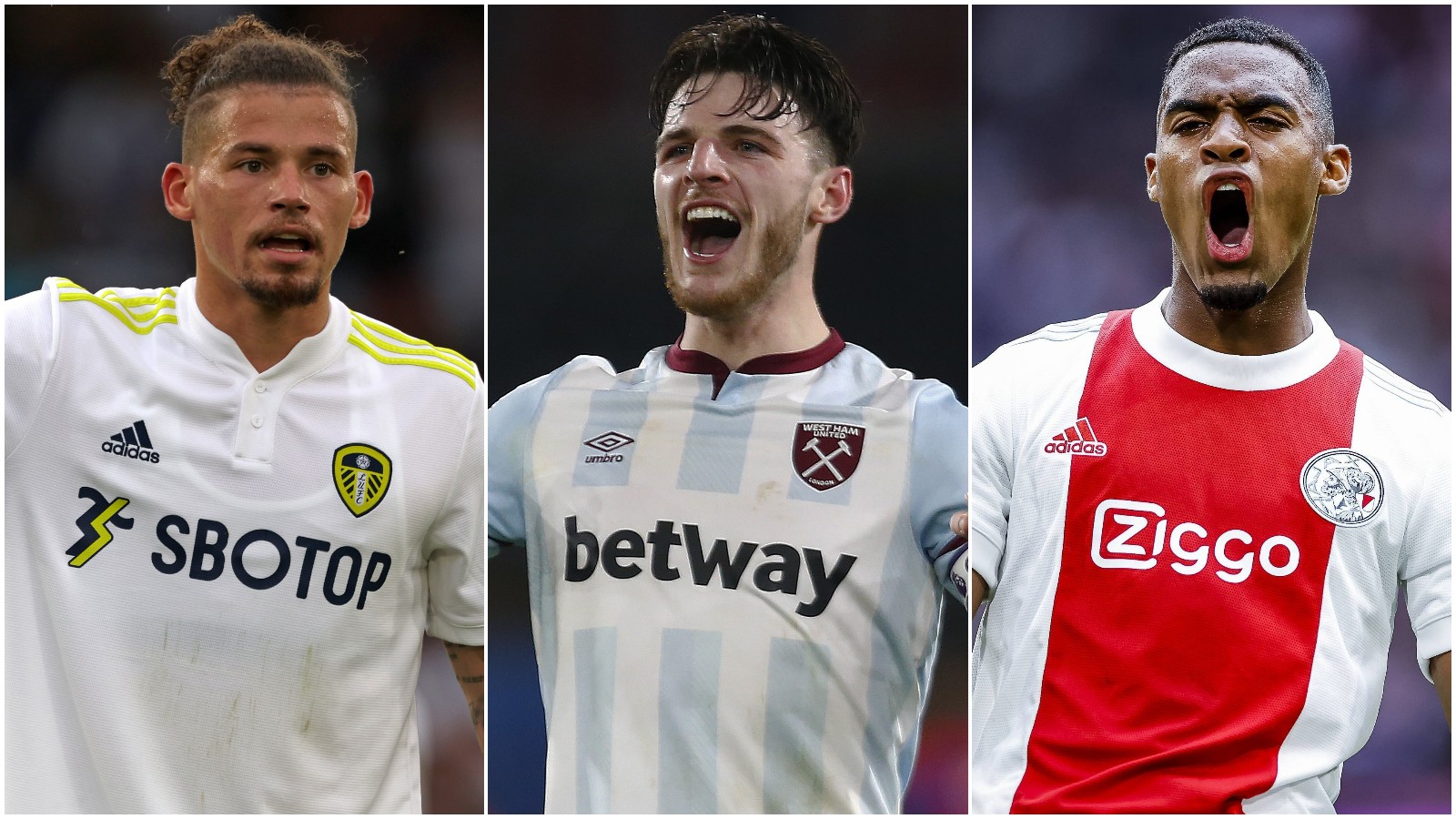 Manchester United’s priority for the summer transfer window is said to be a central midfielder. But which one?

For
The England international has proved himself to be just the man United need to anchor their midfield. Rice initially carved out a reputation as a screener and this season has shown his credentials as a box-to-boxer.

There seems very little risk with Rice. United know exactly what they would be getting and that certainty usually comes at a premium. About that…

Against
United will have to break their transfer record and almost certainly the Premier League’s for most expensive signing if they want to get Rice out of West Ham.

The player would almost certainly like to take the next step (assuming it’s not a lateral move between West Ham and United come the end of the season) and the Irons, under no pressure to offload with Rice under contract until 2025, could sell a huge deal to their fanbase. But that would require United to cough up in excess of £100million.

Would they do that, especially if they aren’t in the Champions League next season? United might find themselves shopping with a tighter budget.

For
If United can’t get Rice, perhaps they might opt for his mate in England’s midfield.

Phillips’ quality has been emphasised by how badly he’s been missed by Leeds during his recent injury-enforced absence. He’s not the only player Marcelo Bielsa and Jesse Marsch have been without, but Phillips seems like the biggest miss, especially given the way opponents have played through the Leeds midfield when he’s not manning the engine room.

Even if Leeds appear to be on a firmer footing in the Premier League after two dramatic wins last week, the Whites’ finances could make them susceptible to offers on Phillips. Reports suggest he could go for £60million, which may be around half the price of Rice.

Against
A few clubs are said to be keen on Phillips, with Liverpool, Man City, Newcastle and Aston Villa all credited with an interest. Indeed, Villa are reported to be leading the race.

If Phillips is ushered towards the door by Leeds while his hometown club seeks a windfall, then the 26-year-old will have to consider very carefully his next move if he wants to protect a legacy he’s cultivated at Elland Road as one of their own. Crossing the Pennines would tarnish that. Alan Smith made that move when Leeds were on the bones of their arse and they still haven’t really forgiven him in West Yorkshire.

Indeed, it was reported last year that Phillips has already decided not to risk it. So United might be wise not to chase a lost cause.

Of all those reportedly interested in Phillips this summer, I am told West Ham and Aston Villa are the only clubs to make enquiries so far. WHUFC remain interested following their January offers and AVFC CEO Purslow is a longtime admirer of Kalvin. As of now, no contact from MUFC

For
Gravenberch remains a teenager but has already amassed almost 100 appearances for Ajax and 10 caps for Holland. By the end of the season, he will have played almost four full senior campaigns before his 20th birthday.

According to his former youth coach with the Amsterdam club, the deep-lying midfielder is “a better version of Paul Pogba” with the physique of Frank Rijkaard.

Gravenberch’s career so far has been spent under the wing of Erik ten Hag. If United opt to name the Ajax coach as their new manager, then there would be sense in having him bring a player he knows better than anyone else can claim to. He would be half the price of Phillips and around a quarter of the cost Rice might be, which is important now.

Against
United’s last move for an Ajax midfielder was hardly a roaring success.

Perhaps that is why Gravenberch is said to be lukewarm about the prospect of moving to Old Trafford, especially with Bayern Munich keen. Apparently, Gravenberch would prefer to hear first what the Bavarians have to say and the story goes that personal terms have already been agreed. All Bayern must do is find common ground with Ajax over a fee and their opening offer of £21million wasn’t too far from achieving its purpose.

United may well be wasting their time putting Gravenberch at the top of their list of targets if he really is edging closer to Bayern. Where would you rather go right now?

For
Ralf Rangnick certainly thought United would suit Haidara since he recommended that the club move on the Mali international in January. They decided not to because, well, United.

The interim manager knows Haidara well from his time at RB Leipzig. It was Rangnick who took him to Germany from Salzburg and Haidara established himself as an important player for Julian Nagelsmann, Marsch and now Domenico Tedesco.

Haidara can screen but Rangnick wanted him because of his ability to press further up the pitch. We assume United’s new coach will want to play a similar style to that which Rangnick has struggled to implement with the current squad and Haidara would certainly improve those prospects.

In contrast to Gravenberch and Phillips, the prospect of playing for United arouses Haidara. “My dream club is Manchester United,” he said in 2019. Though plenty has happened since which may have prompted a rethink.

Against
Rangnick’s opinion presumably hasn’t been founded on Haidara’s stats.

For comparison, Scott McTominay’s tackle success percentage is 49.2 per cent and Fred’s is 25.4 per cent, which is the worst in the United squad, but still better than Haidara’s.

For
United are just one of the clubs interested in Tchouameni. Apparently, so too are Chelsea, City and Liverpool. Plus other big hitters on the continent. But the 22-year-old reportedly has the Premier League in mind for when he leaves Monaco.

Tchouameni was Ligue 1’s best young player last season and already has seven France caps to his name. So impressive has he been while standing in for N’Golo Kante, Pogba said: “We wish him to play a lot more games and that I am always by his side.”

There is almost no chance of the pair teaming up at Old Trafford, but Tchouameni could pick up a lot quicker the instructions of a new manager than Pogba and his team-mates have shown they are able or willing to over the years. “In his position, you need to be disciplined and organise others around you,” said then-Monaco coach Niko Kovac. “He is always trying to learn and understand. He absorbs all the information we give to him.”

Tchouameni wouldn’t break the bank for United, with a reported asking price of £42million within the Red Devils’ budget this summer, even if they are tightening their belts.

Against
Technically and tactically, there is no reason United shouldn’t go for Tchouameni this summer. He’s within budget, young but gathering experience quick and only getting better.

But, of course, United are not the only club keen on the 22-year-old. Given how United hate losing face, will they really be prepared to go up against the likes of City and Liverpool when their rivals can offer Champions League football when they most likely cannot?

That’s not to say they shouldn’t move decisively over Tchouameni – just don’t expect them to.