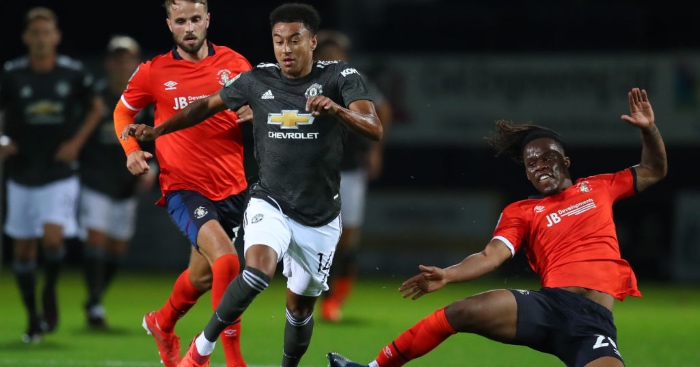 Man Utd and England player Jesse Lingard could still leave the club this month despite the transfer window closing yesterday.

Lingard has been linked with a move away from Old Trafford in recent months as he is seemingly unwanted by United manager Ole Gunnar Solskjaer.

The 27-year-old was benched throughout the summer restart and is yet to play in the Premier League this season. He’s so far made two appearances in the Carabao Cup for the Red Devils.

According to ESPN’s Rob Dawson, Porto have shown an interest in the attacking midfielder and could make a move this month.

Portuguese clubs are able to sign players until their window shuts on 25th October, which gives Porto plenty of time to organise a deal with United.

Porto will know that Lingard is out of favour at his current club and may be able to use that to their advantage. The Englishman saw his game time reduced during the last campaign, registering 22 appearances and a single goal.

A loan move for Lingard could be the final deal in United’s more than interesting transfer window. They pursued Dortmund’s Jadon Sancho for months before being pushed back by the German side.

They did manage to bring in Dutch midfielder Donny van de Beek from Ajax for £35 million, although he was the only player to be successfully signed before transfer deadline day.

Yesterday, United signed four players, including former PSG striker Edinson Cavani on a free transfer. The 33-year-old will reportedly wear the side’s number seven shirt, which has been subject to plenty of scrutiny since Cristiano Ronaldo left.

Their other major signing was Porto left-back Alex Telles. The Brazilian signed a four-year contract after the two clubs agreed on a fee of around £15.4 million.

Their other two signings were Willy Kambwala from French side Sochaux and Facundo Pellistri from Uruguay’s Penarol.