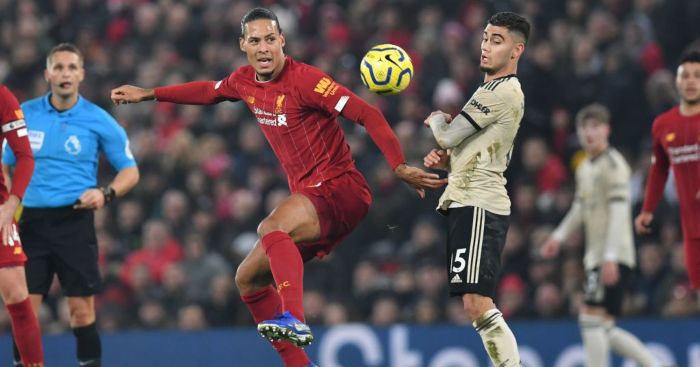 Pereira has played most of his competitive matches for Man Utd over the last couple of seasons – despite making his debut in 2014 – after being given a chance in the first team by Ole Gunnar Solskjaer.

Over the last two campaigns Man Utd have drawn two and lost two of their Premier League matches against Liverpool with Jurgen Klopp’s side finishing above the Red Devils on both occasions.

And when asked by Desimpedidos (via Goal) to pick out some Premier League players who came across as cocky, Pereira referred to Van Dijk and Milner as “marrento’s”, which means arrogant in Portuguese.

Pereira said: “I don’t really like that guy, Milner. And to tell you the truth, I don’t like that guy, the defender, Van Dijk. [He is] marrento, man. Even the way he plays is kind of arrogant.”

It is the second time in less than a week that Premier League champions Liverpool or some of it’s players have been called “arrogant” after Chelsea boss Frank Lampard had a go at the Reds bench as his side lost 5-3 on Wednesday.

Lampard said: “On the bench, I’ve got no problem with Jurgen Klopp, he’s managed his team and it’s fantastic.

“Some of the bench, it’s a fine line between when you’re winning and they’ve won the league, fair play to Liverpool Football Club, but also don’t get too arrogant with it. In match play you get emotional and that was it.”