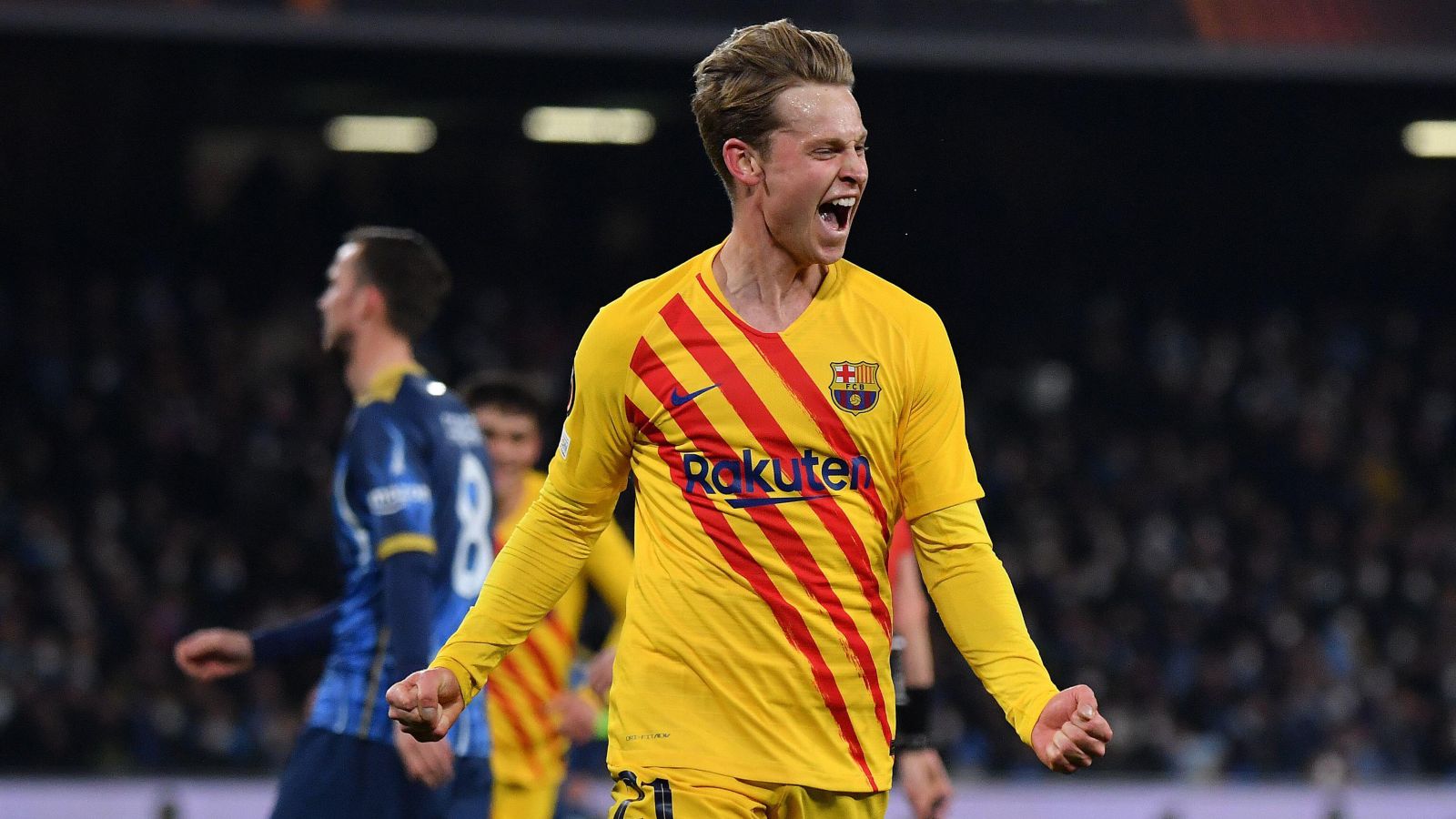 Man Utd are confident they will get a deal over the line for Barcelona midfielder Frenkie de Jong, according to reports.

The Netherlands international has been heavily linked with a move to Old Trafford as widespread reports indicate that Erik ten Hag has earmarked the midfielder as his top summer target.

A report yesterday insisted that Barcelona were ‘willing to bide their time’ over De Jong’s sale after securing a £600m fundraising deal to take pressure off the club’s finances.

Antony at Manchester United: A ‘definite arrival’ becomes a ‘SHOCK’ in a week

Man Utd have had a £51m plus bonuses offer turned down by Barcelona as they hold firm over their £69m asking price with the Red Devils set to make a new bid soon.

And The Guardian now claims that the ‘mood emanating from United is bullish in regards De Jong’s arrival, the belief firmly being that it is a case of when not if’.

The Man Utd hierarchy and Ten Hag are said to be ‘desperate to avoid’ a ‘doomsday scenario’ where the transfer of De Jong to United was not sealed before their pre-season tour beginning in Thailand on July 8.

Ten Hag ‘wants the 25-year-old in place for the what would be his first match in charge’ when they face Liverpool in a pre-season friendly in Bangkok four days later.

European football expert Andy Brassell believes the signing would “work out quite well” if Man Utd can get De Jong through the door this summer.

Brassell told Sky Sports: “Frenkie de Jong was the perfect Barcelona player for one of the great Barcelona teams which he has not been part of.

“If he were to turn up at Manchester United, I actually think it would work out quite well for them because he would become such a versatile midfielder.

“He’s played in a number of positions. For older Manchester United fans, he’s played in the Bryan Robson role bursting into the penalty box and shown he can be a goalscorer.

“He’s become well rounded because of the state of flux at Barcelona. I do wonder about De Jong looking at United and thinking there’s no Champions League football.

“Barcelona have also just signed off to get new funding from merchandising and TV rights last week so they’re not as desperate to sell De Jong as they were 12 to 14 days ago.”