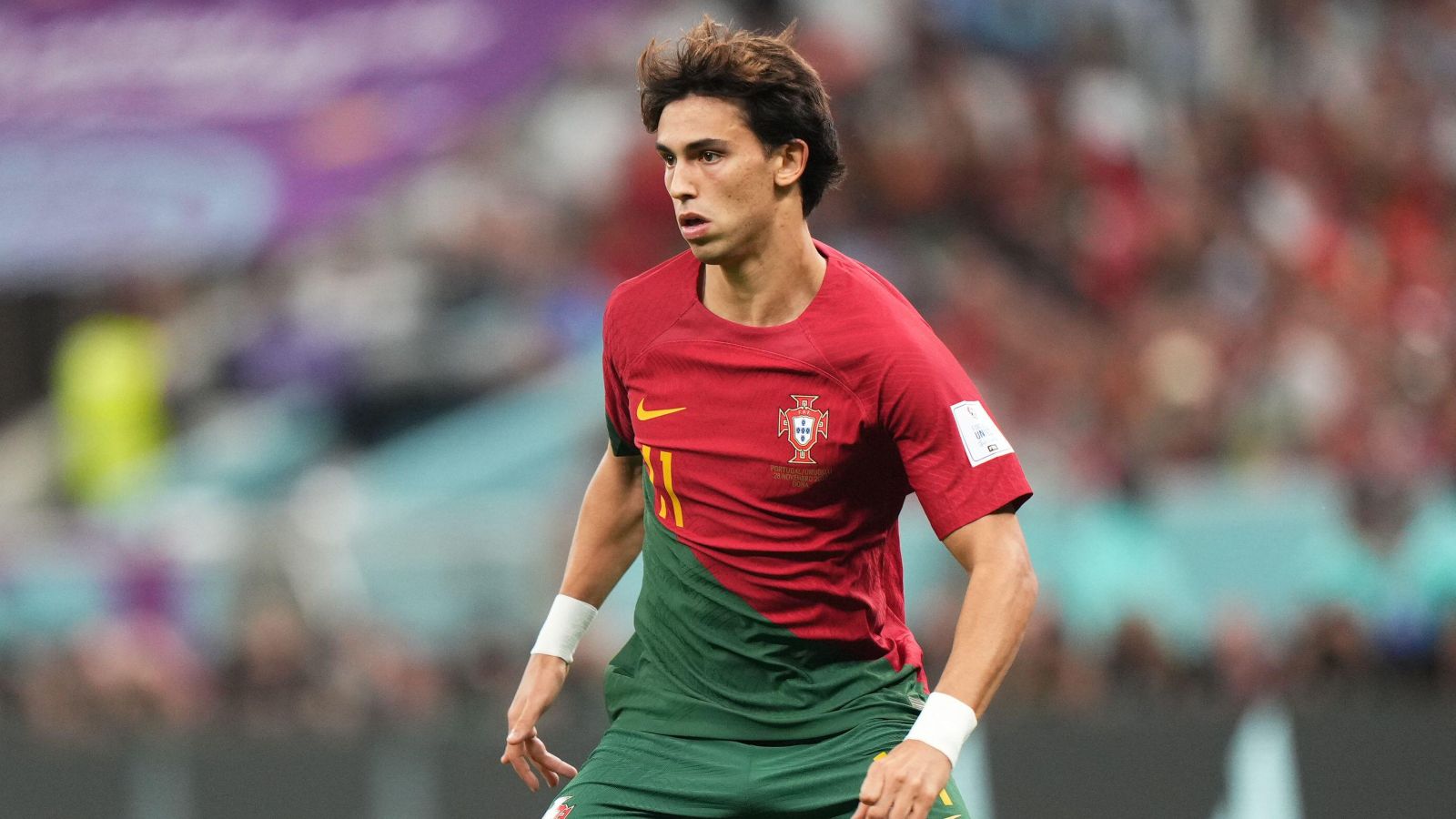 Man Utd are reportedly among three clubs who are ‘most interested’ in signing Joao Felix in January and they have been told how much he will cost.

United were linked with the Atletico Madrid and Portugal star during the summer transfer window.

It was even claimed that United had a €130m offer turned down by the La Liga outfit for Felix.

Following these reports, Felix suggested that he had no knowledge of United’s apparent interest in him.

“Nothing came to me,” Felix claimed back in September.

“The presidents deal with these things. I’m here.

“I have the feeling that I have to do everything to help the club and the team.

“I try to prove that and if my colleagues see me as a leader, the better. This way we are more connected and we will enjoy much more.”

Fast forward to now, Felix finds himself in a very difficult situation at Atletico Madrid.

He scored three goals in his last two La Liga games before the World Cup break. Before this, he was without a goal in ten games in the league.

Felix also failed to make an impact in the Champions League group stages as Atletico Madrid finished bottom to exit Europe for the season completely.

The attacker has now reportedly had a fallout with Atletico boss Diego Simeone and he is among several players who are free to leave.

This partly comes down to finances as Atletico Madrid are strapped for cash without European football to help them along.

They paid around €126m to sign Felix from Benfica in 2019 and they are looking to recoup a large portion of that fee in the coming months.

Spanish outlet AS are reporting that Felix’s story at Atletico Madrid is ‘doomed for extinction’ in January.

His relationship with Simeone is ‘broken’ and it is said that they have gotten to the stage where ‘one or the other’ must go.

It is said that a €100m bid ‘would have the approval’ of Atletico Madrid’s board.

The report adds that Man Utd, PSG and Bayern Munich are the teams ‘most interested’ in signing Felix.

It is also stated that the World Cup ‘is his showcase’ as he has performed well for Portugal at the start of the tournament.

A separate report from 90min recently claimed that Felix is indeed ‘ready to look at a move away’.

They believe that interested clubs would prefer an ‘initial loan’ and ‘it remains to be seen whether Atletico would consider such an option’.

90min pick out PSG, Man Utd and Chelsea as clubs interested in Felix and things ‘could accelerate’ once the World Cup is over.