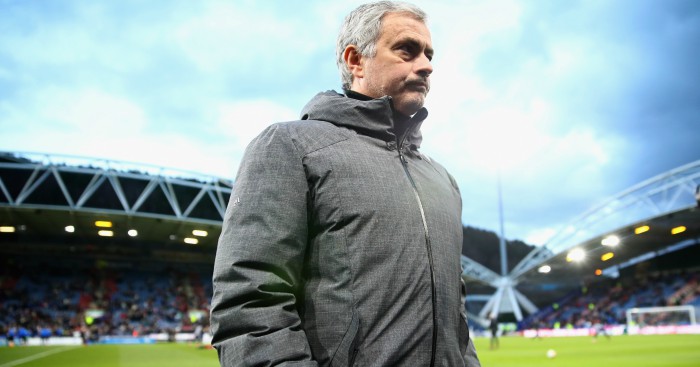 Romelu Lukaku netted early in both halves at the John Smith’s Stadium to secure the visitors a 2-0 win on a night when technological teething problems reared their head once more.

Juan Mata wheeled off in celebration after netting from an acute angle just before half-time, only for referee Kevin Friend to eventually chalk the goal off as the narrowest of offsides was revisited.

United boss Mourinho is happy to see technology utilised and pointed to its relative success in Portugal, but felt it was wrong for video review assistant Neil Swarbrick to get involved given it was not a clear and obvious error.

“It is amazing when the truth comes,” the United manager said.

“But also (there are) problems and one of the problems is exactly what happened today, which goes a little bit against the words of the protocol.

“But we know that it is experimental, and we have to accept. But I am speaking after a 2-0 victory.”

Mourinho laughed so was then asked whether his view would be different had it cost United.

“I am close to winning the best-behaved manager in the Premier League, so nothing that can make me lose that trophy this season,” he said, smiling once more.

“The feeling is a bit strange and I was sharing it with David (Wagner, the Huddersfield boss) on the touchline and (fourth official) Anthony Taylor, which is the moment of the doubt.

“We score a goal, I cannot be happy.

“David concedes a goal but he doesn’t know if he goes to half-time with 2-0 or 1-0, and it takes time and then the decision comes.

“So, we have to adapt to that waiting time and cope with the frustration when that decision goes against you.

“At half-time I had to say 20 times to my analysts and assistants to shut up because I don’t want the players to know what happened.

“I want the players to feel, ‘Yes, it is offside and to move on’, without being sad or unhappy.