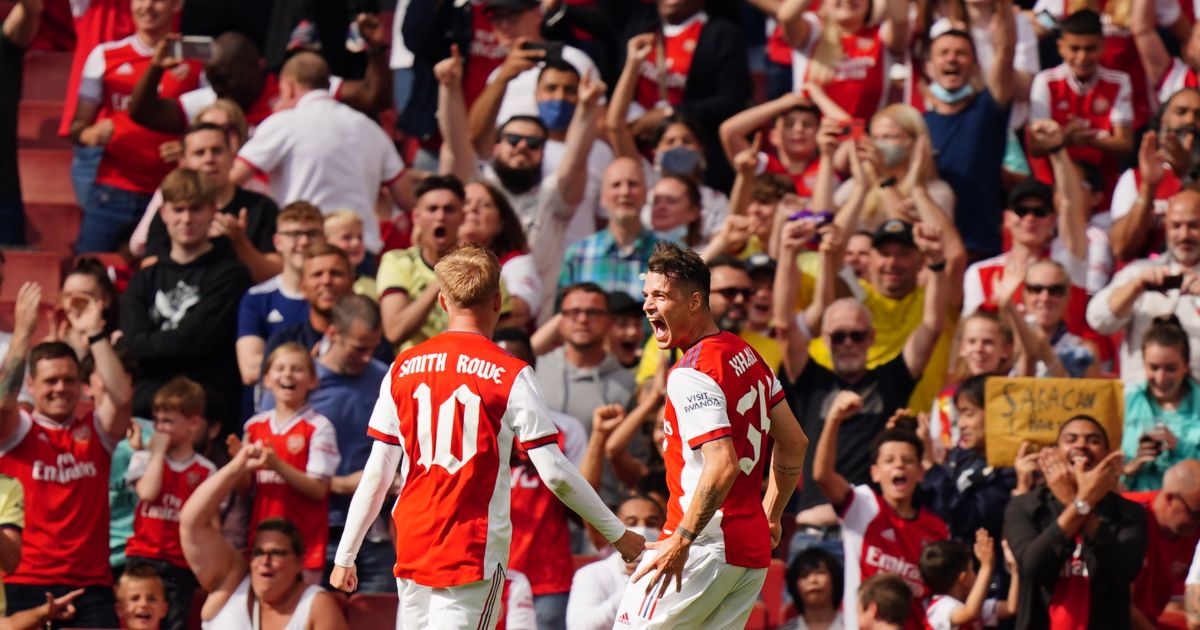 A report has claimed that Roma will not pursue a move for Man Utd duo Alex Telles or Nemanja Matic this summer after ending their interest in Granit Xhaka.

The Serie A club had been heavily linked with Xhaka until reports emerged over the last week insisting that the Switzerland international could sign a new deal at Arsenal instead.

Xhaka has been a divisive figure at times and was even booed off by his own fans in October 2019.

Despite that, the Swiss remains a vital part of Mikel Arteta’s plans and, with Roma failing to meet the Gunners’ £20m demands, he will remain at Arsenal this season.

Fabrizio Romano has claimed that although ‘final details [are] still to be agreed’, Xhaka is ‘expected to sign his new contract with Arsenal until June 2025’.

The journalist also adds information on reports that Jose Mourinho was interested in Telles and Matic at Man Utd, with ‘Matic is not on Mourinho’s list at AS Roma’ and neither is his team-mate.

Granit Xhaka is expected to sign his new contract with Arsenal until June 2025 – final details still to be agreed, Granit open to discuss as he’s not joining AS Roma this summer. ⚪️🔴 #AFC

…and Nemanja Matic is not on Mourinho’s list at AS Roma. No Telles, no Matic. 🇷🇸 #MUFC

Meanwhile, Matic has hailed to contribution of Juan Mata and Lee Grant to the Man Utd dressing room after the duo recently signed new deals at the club.

Matic told the club’s official website: “Fantastic people and players. As you know, Juan is the magician. The kids can learn a lot from him on the football pitch and outside the pitch. You know him very well, he has already been here eight years and he’s just amazing.

“Lee also, I’m really happy for him that he’s signed a new deal, especially when you see how fit he is and how he trains. He deserves everything good. As I said, the young players can learn a lot from them and me also. From everyone you learn, and they are both fantastic people and everyone at United is very happy that we have them in our team.”