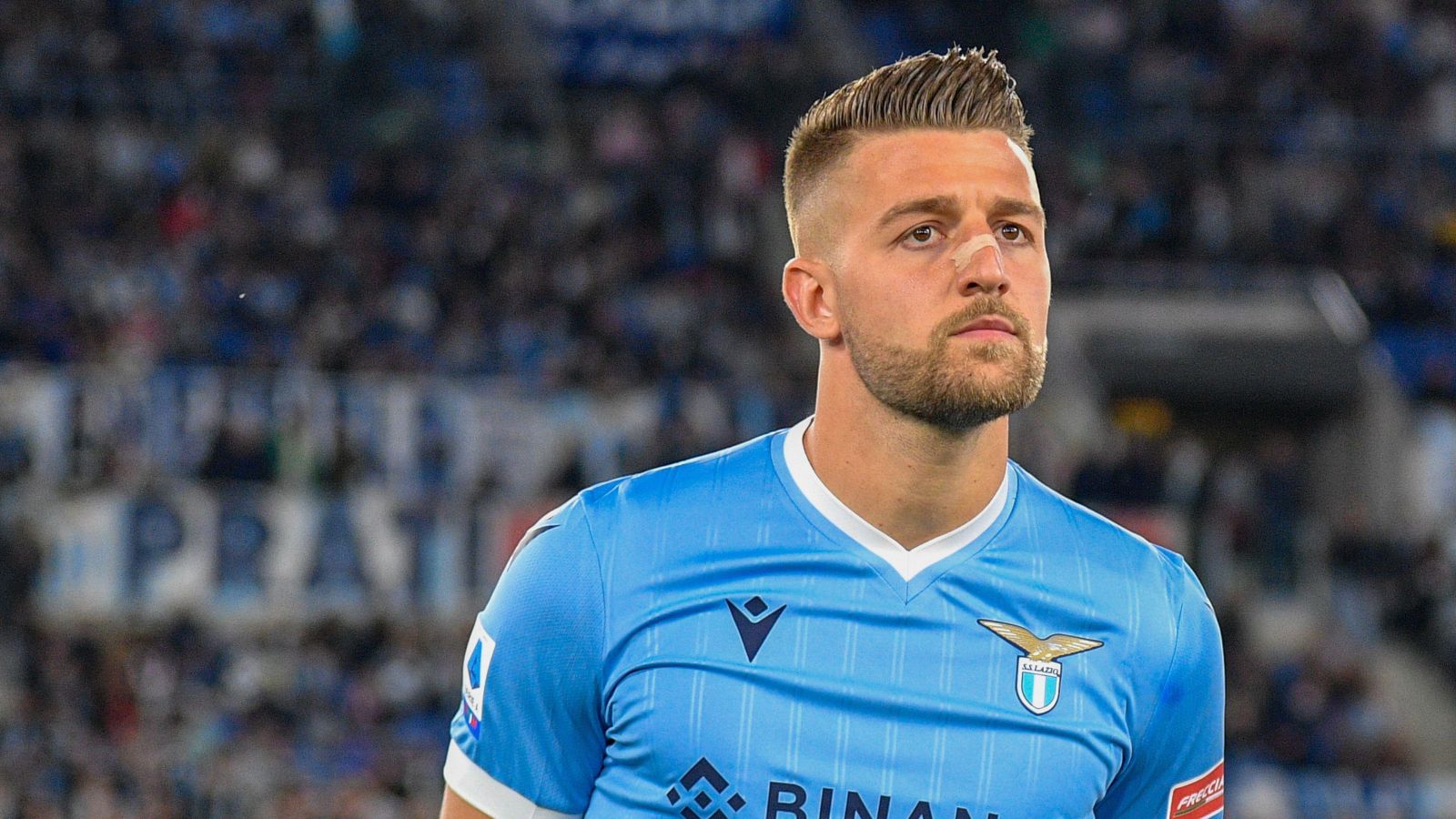 Manchester United are reportedly the team which ‘moves decisively’ for Lazio midfielder Sergej Milinkovic-Savic, who is expected to leave the Serie A side in the summer.

Milinkovic-Savic has frequently been linked with a move to Old Trafford for what feels like the last decade, but the Red Devils – along with other interested parties – have previously been unable to convince Claudio Lotito, the Napoli president, over a transfer.

READ MORE: Champions League ‘festival of football’ plans are yet another affront to supporters

But Quotidiano.net (via Sport Witness) claim ‘history could change’ this summer with Lotito’s demands ‘lowered’.

The 27-year-old’s asking price has previously been at high at €120m, but that has is now said to have ‘fallen to around €70m’, a ‘high, but more realistic figure’ for potential suitors.

His salary demands (which aren’t speculated over in the article) are thought to have scared off Juventus, but United’s interest ‘remains alive’, though it’s ‘necessary to understand’ new manager Erik ten Hag’s views on the Lazio star.

Radiosei add that United are the side which ‘moves more decisively’ for Milinkovic-Savic, citing the club’s need to replace Paul Pogba as the key reason behind their interest.

The same publication also claim Lazio boss Maurizio Sarri is planning to raid former club Chelsea for Ruben Loftus-Cheek as a replacement for the Serbian midfielder, who is the ‘name closest to goodbye’ in the summer.

Meanwhile, Paul Merson says he would be surprised if Ten Hag decided to keep Cristian Ronaldo at United next season.

Merson said: “He’ll want to play in the Champions League – he’s played in it all his career.

“I’d be surprised if Erik ten Hag wants him there to be honest – he’s trying to build his team, and Ronaldo is 37 years old.

“PSG could go for him and make him their short-term replacement for Kylian Mbappe. PSG only want one thing – the Champions League.

“Ronaldo is a proven asset in the competition – he’s scored goals, he sells shirts, he’s done it all.

“Ligue 1 is an easy league, and Ronaldo will be able to focus on the Champions League at PSG. With Lionel Messi already at the club, we may well see two of the greatest players of all time playing for the same team.”