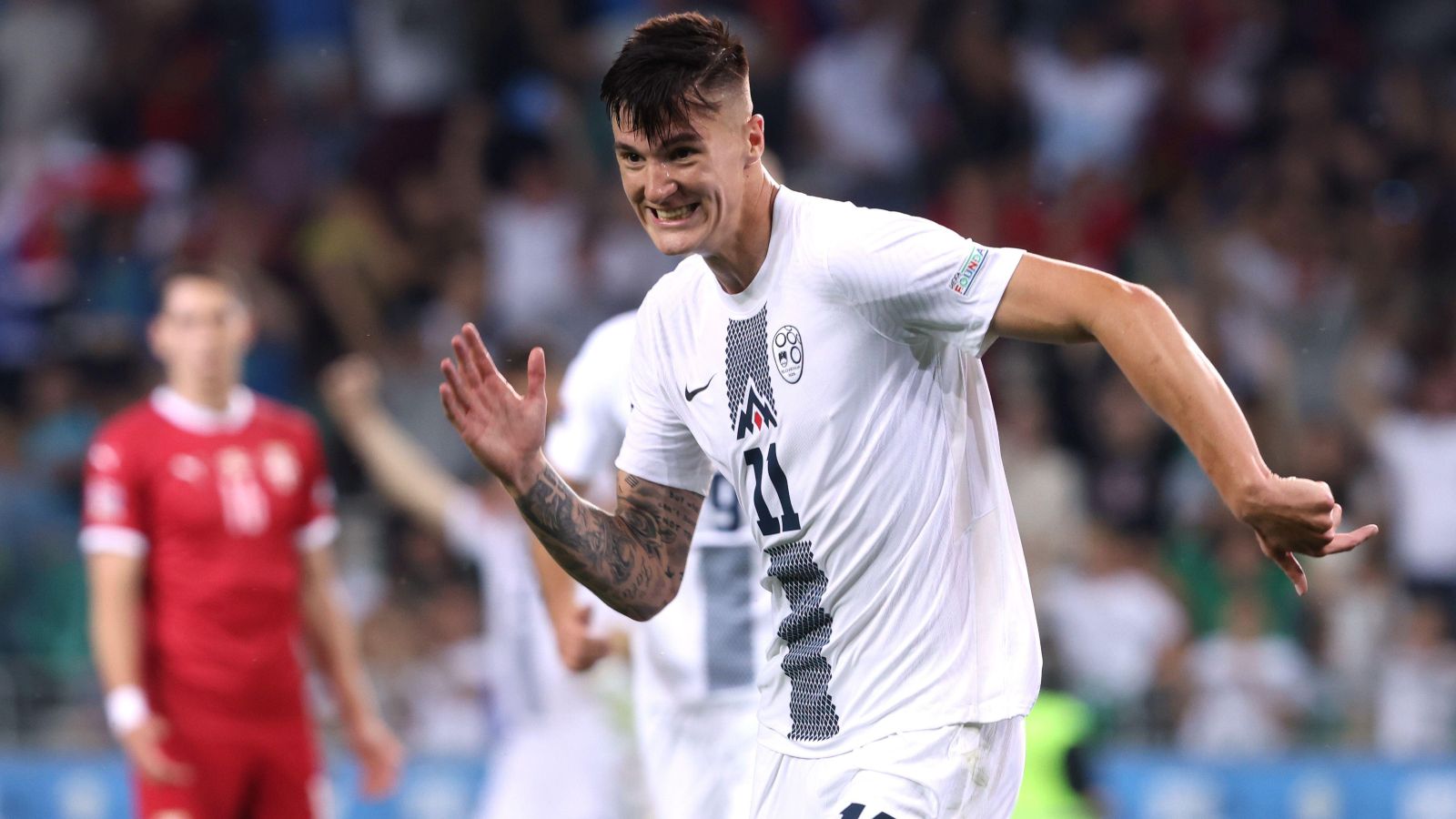 The Slovenia international has emerged as one of the hottest properties in world football this summer after scoring 11 goals last season for the Austrian Bundesliga side.

Sesko returned from a successful loan spell at Austrian second division side FC Liefering, in which he scored 21 goals in 29 matches, to play a full campaign for champions Salzburg.

In a ‘brutal’ and ‘disastrous new twist’, Ronaldo is on the BENCH after 45 minutes of football

And his form has catapulted him into the thinking of a number of top European clubs this summer with Man Utd very much in the mix.

Romano brought us news yesterday that Man Utd are now “pushing” for the 19-year-old with the Red Devils speaking to his agents.

“Manchester United are working on signing Benjamin Sesko and are now pushing for him. United had more than one direct meeting with his agents,” Romano said. There are also other clubs keen on signing Sesko. This week will be really important for his final decision.

“Man United are well informed on Benjamin Sesko situation. Had more than one direct meeting with agents.”

And now the Italian transfer expert has tweeted an update with Man Utd working “fast” on the transfer as “two more clubs” have entered the arena.

Romano wrote on Twitter: “Key days for Benjamin Šeško’s future with contacts ongoing. Manchester United know they have to be fast on this deal, after meeting with agent days ago. #MUFC There are 2 more clubs in the race. Šeško will make a decision soon with his agent and family.”

As everyone knows, Man Utd are also chasing a deal for Barcelona midfielder Frenkie de Jong with the two clubs reportedly agreeing on an €85m fee.

However, around £17m in deferred wages and bonuses owed to De Jong from the height of the Covid-19 pandemic is causing issues, while the Netherlands international’s priority is to stay at the Camp Nou.

And Romano has also been speaking about De Jong with the situation broadly the same as it has been over the last couple of weeks.