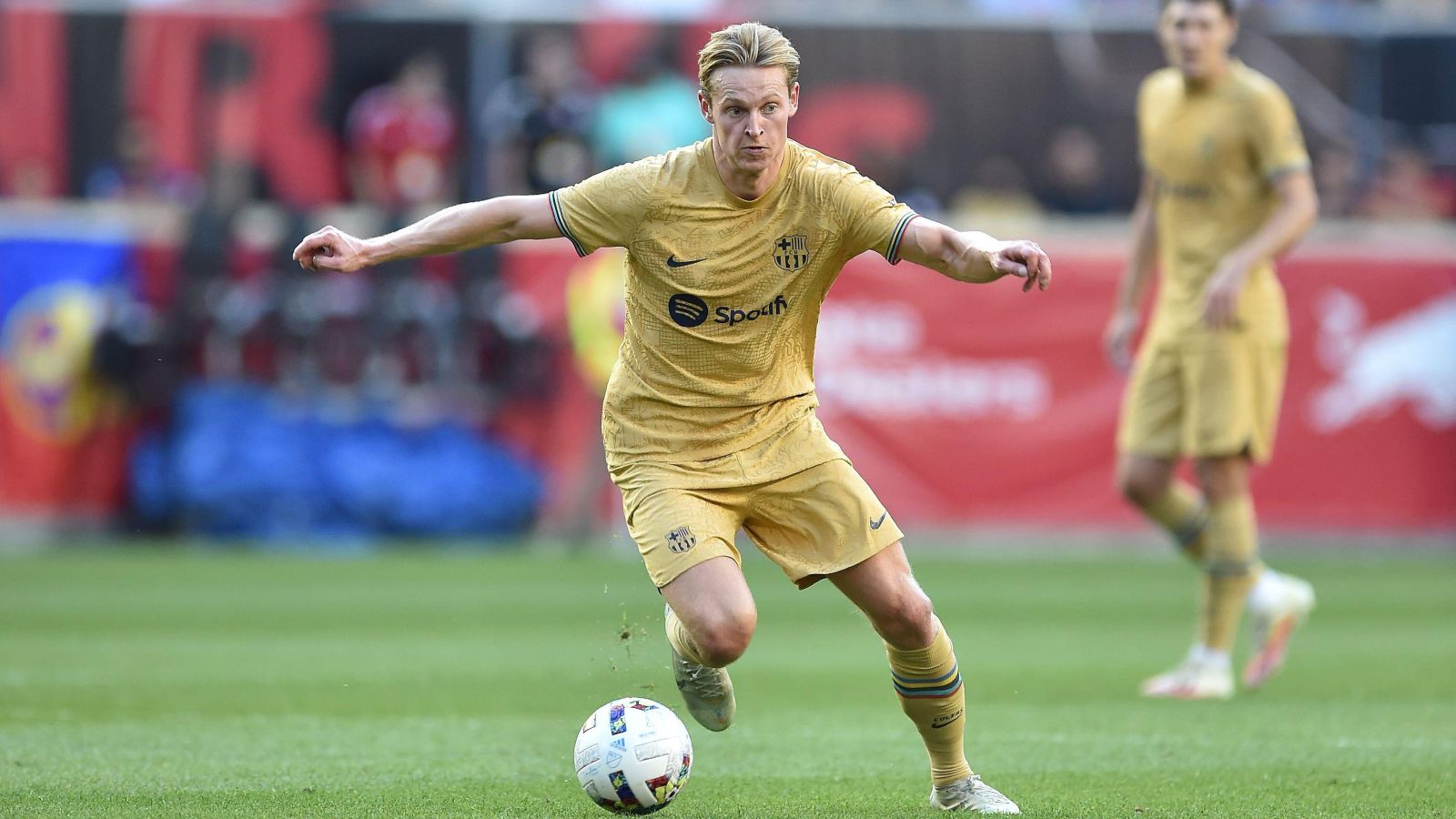 Man Utd are set to make their final transfer assault on Barcelona midfielder Frenkie de Jong as they look to get a deal over the line, according to reports.

In the longest-running transfer saga of the summer window, the Red Devils are still hoping to seal the signing with Erik ten Hag seeing his compatriot as a key part of his Old Trafford rebuild.

The Red Devils started negotiations well over two months ago and the two clubs struck an agreement last month over the transfer fee.

Widespread reports claim Man Utd and Barcelona have a broad agreement over a deal worth €85m but lots of stumbling blocks remain on the player’s side.

There have been rumours that De Jong would prefer a move to Chelsea with some reports suggesting he has no intention of joining Man Utd under any circumstances.

It seems strange to think that Man Utd are still pursuing a deal for De Jong if they have received no encouragement but it is understood that De Jong does favour a Camp Nou stay.

Barcelona are trying to get De Jong to take a wage cut of almost 50 per cent while still owing the Netherlands international around £17m in deferred wages and bonuses from the height of the Covid-19 pandemic.

But Spanish publication Sport (via Sport Witness) now claim that Man Utd will ‘start the final bid’ to land De Jong this week with the Red Devils hoping to add the midfielder to new signings Lisandro Martinez, Tyrell Malacia and Christian Eriksen.

The report insists that Man Utd will apply ‘maximum pressure on De Jong’ ahead of a ‘key week’ for United’s chances of signing the former Ajax man.

Sport does throw more cold water on United’s chances of signing De Jong with the Dutchman viewing the Red Devils’ project under Ten Hag as a ‘real mystery’.

Despite that, Man Utd are ‘going to bid’ with a transfer away from the Camp Nou ‘far from ruled out’.

Neville tweeted: “De Jong should consider legal action v Barcelona and all players should be behind him! A club spending fortunes on new players whilst not paying the ones they have under contract their full money is immoral and a breach.”

And Barcelona president Joan Laporta responded to Neville’s comments yesterday, he said: “I respect his opinion, but in my opinion he’s not right because I insist we are respecting all our players. We follow the contracts.

“Gary has been a very good football player for Manchester United. I respect his opinion and that’s all I have to say.”