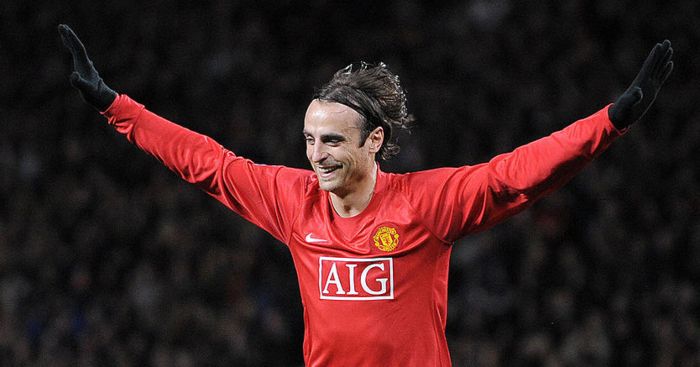 It is no secret that Borussia Dortmund’s Jadon Sancho has been Man Utd’s main target this window.

But despite there now being only a few weeks left of the transfer window, the deal is not yet done.

Winners and Losers: Premier League winners and losers is back…

Sancho’s form has been remarkable in the last few years. He has been prolific when it comes to getting goals and assists for Dortmund in the Bundesliga.

From his 66 league games in the last two campaigns, Sancho has been involved in an impressive 59 goals. This form has made him one of the most sought-after young players in Europe.

Despite this, Berbatov does not think United should be targeting Sancho this summer. The former Man Utd and Tottenham forward told Goal that Solskjaer should be looking to improve his defence instead:

“Centre back, for sure, needs to be the priority in my opinion. Who that is going to be and if they are going to buy a player I don’t think we will find out until the end of the window, but that should be the priority, along with right back,”

Man Utd spent around £80m to bring in Harry Maguire last summer. He was soon made captain, and he partnered Victor Lindelof in defence for much of last season.

The duo did manage to keep 13 clean sheets playing together in 2019/20. But Berbatov says Man Utd should still bring a couple of new defenders in to push Maguire and Lindelof for a starting place:

“I think Lindelof is good enough but sometimes he makes unnecessary mistakes where he is out of position, and that is not good for the team. That’s why they need someone, not only to push him but also for Maguire as well.

“Even if you are captain and they spent a lot of money on you doesn’t mean you have to play every game and I think he can do even better.

“He has had his ups and downs, he has had some good games and bad games like every player has in their career but obviously and the most important thing is that Ole trusts him and gave him the armband and made him the captain.

“I like him because he’s calm on the ball. He brings the ball out from the back to the midfield, he doesn’t panic when someone is pressing him he is taking chances with some risky passes which you need sometimes.”