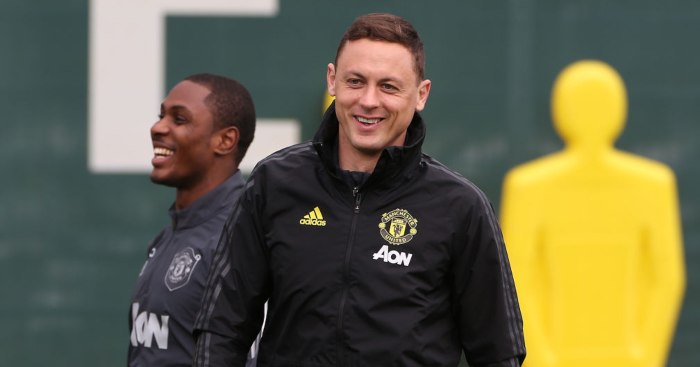 Manchester United have decided to extend Nemanja Matic’s contract at Old Trafford, according to reports.

The 31-year-old had been out of contract in the summer and was free to talk to foreign clubs from January onwards.

Rumours in January even claimed that Man Utd were willing to let Matic go for a bargain fee in the winter window, with a number of top clubs said to be interested in the Serbia international.

Injuries to Paul Pogba and Scott McTominay at a crucial point in the season allowed Matic to demonstrate to Ole Gunnar Solskjaer how key he was to Man Utd going forward.

The Serbia international grasped his opportunity by putting in a number of good displays in recent weeks as the Red Devils have gone 11 matches unbeaten in all competitions.

And now the Manchester Evening News and The Guardian have both confirmed that Man Utd have decided to trigger the one-year extension in Matic’s contract that will see him stay until the summer of 2021.

Earlier in the month when talking about Matic, Solskjaer said: “We have agreed with him so he will stay, 100 per cent.”

Elite football in England faces an uncertain future amid the coronavirus pandemic with it yet unclear whether the current Premier League season will be able to play to a conclusion.

And Matic will now be able to play on if the Premier League season is extended into June and beyond.