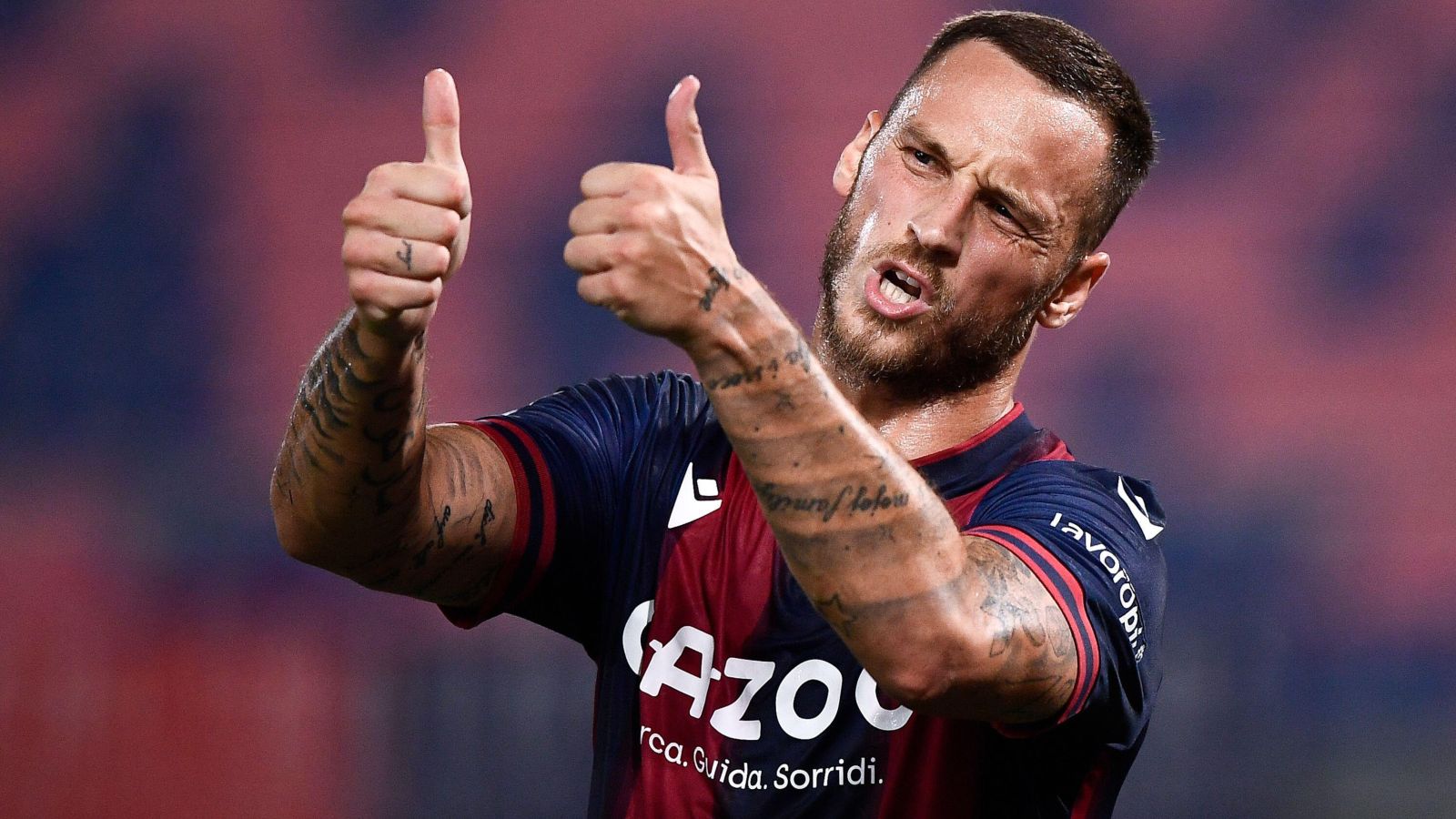 Premier League side Man Utd will not be signing Bologna striker Marko Arnautovic this summer, according to transfer expert Fabrizio Romano.

The Red Devils are searching the market for a quality striker who is happy to spend at least this season away from Champions League football.

RB Salzburg striker Benjamin Sesko had been linked but their sister club RB Leipzig swooped to seal a deal for the Slovenia international on Monday.

And Man Utd shocked everyone on Sunday when they made a bid for Austria international Arnautovic with their £7.6m offer turned down by Bologna.

Corriere dello Sport (via Sport Witness) claimed earlier on Tuesday that the Red Devils ‘will bring a new offer’ to Bologna ‘today’ for the 33-year-old.

Man Utd were ‘ready to add a couple more million’ to their £7.6m offer at the weekend with their interest ‘concrete’ and ‘beyond words’.

We were all beyond words when the speculation first came to our attention but now those reports from Italy seem like a load of b******s as the reliable Romano tells us a deal for Arnautovic is dead in the water.

Romano insists that Arnautovic ‘won’t sign’ for Man Utd this summer with the Italian adding: ‘Deal off and talks will not continue after opening bid turned down by Bologna’.

It is understood that the former Stoke City and West Ham striker ‘wanted the move’ to Man Utd but that the Premier League club eventually ‘decided internally against the deal’.

Chris Sutton will be pleased after he tore into Man Utd over their pursuit of Arnautovic last night. The former Blackburn striker said on BBC Radio Five Live: “That’s madness, thinking about signing [Arnautovic]. I thought it was a spoof, it’s ridiculous.

“It’s a real wrong move in terms of the eyes of the supporters. There’s a million other players out there United should have been linked with. I do no get that.

“It’s an absolute PR disaster. If Arnautovic comes in, that’s going to put Ten Hag under so much pressure.

“If Ten Hag said, ‘I need patience, we’re going to bring young players in, we’re going to develop them, you’re going to have to bear with me for two seasons’, I think the fans would buy that rather than what we’ve seen in the last 24 hours.

“The last 24 hours have been really damaging for Manchester United. That’s when it looks like they’re making it up as they go along.”