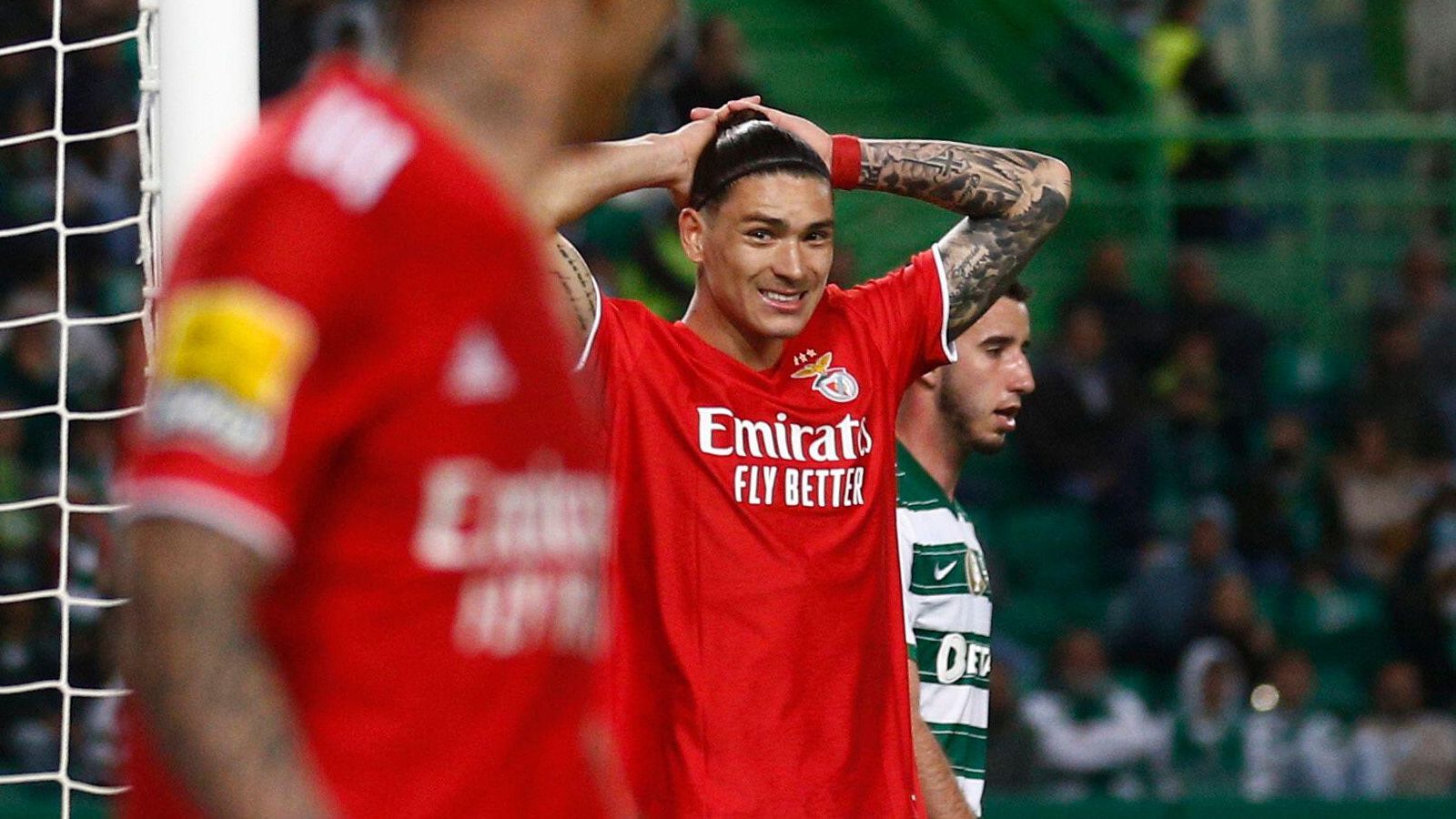 According to reports, Man Utd and Newcastle United are currently the clubs ‘closest to signing’ Benfica forward Darwin Nunez this summer.

The striker enjoyed a breakout season in 2021/22. He netted 34 goals in 41 appearances for Benfica across all competitions.

The 22-year-old scored twice past Liverpool in the quarter-finals of the Champions League.

Several Premier League teams are known to be admirers of him. Man Utd and Newcastle are among them.

It emerged earlier this week that Liverpool are eyeing him as a potential replacement for Sadio Mane, who wants to join Bayern Munich.

Now Sebas Giovanelli has revealed via Twitter that Man Utd and Newcastle are the sides ‘closest’ to getting Nunez.

Both Premier League clubs are said to be ‘bidding’ for the prolific striker.

Meanwhile, Real Madrid are reportedly keeping tabs on Serge Gnabry’s situation as they eye a €40m move for the former Arsenal winger.

The Bayern Munich star is out of contract next year and there are no current signs indicating that he will extend his stay at the Allianz Arena.

He has been a key player for the Bavarian outfit in recent seasons, scoring 64 goals and providing 40 assists in 170 games since joining from Werder Bremen in 2017.

As well as Arsenal; Premier League rivals Liverpool and Manchester United are interested in Gnabry. However, Spanish outlet Sport have claimed that Real Madrid have him ‘on their radar’.

After missing out on Kylian Mbappe following his contract extension for Paris Saint-Germain, the report claims that Madrid ‘could invest in a forward this summer’.

Los Blancos are ‘re-thinking their strategy’ ahead of the transfer window but are fully aware they will be unable to bring in anyone ‘as exciting as Mbappe was’.

Gnabry is ‘open to a new challenge’ with his Bayern future in doubt. Due to his contract situation, ‘negotiating a fee is a possibility’.

Madrid ‘know’ the ex-Arsenal youngster will cost €40m this summer, but are also aware they should be able to sign him on a free transfer at the end of next season, as they did with David Alaba in 2021.