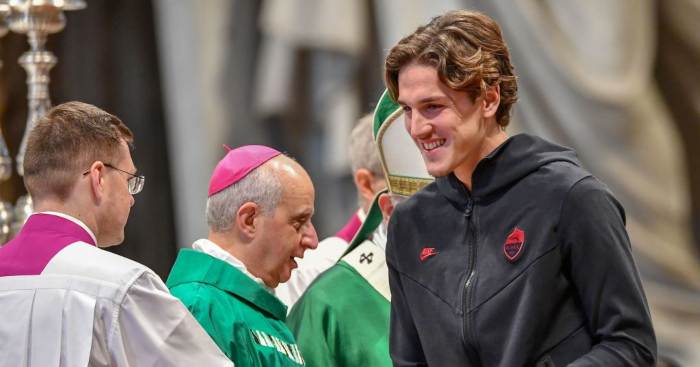 Man Utd are looking to sign Nicolo Zaniolo from Roma this summer as Ole Gunnar Solskjaer looks to bolster his midfield options, according to reports.

The Red Devils have been linked with Zaniolo in the past, while Tottenham are another Premier League side to have been credited with interest in the Italy international.

The 20-year-old has been impressing again this season for Roma with six goals and three assists in 24 appearances in all competitions.

And that has led to more reports of interest in services with reports suggesting that the Serie A outfit could have to sell this summer if they miss out on Champions League qualification.

Italian website Leggo (via Sport Witness) claims that Roma could be ‘forced to negotiate yet another painful sale’ with the club’s valuation of the player set at €60m plus.

Only very few clubs could afford a transfer fee like that this summer and the report adds that Man Utd and Spurs ‘have been pressing for months’ to sign Zaniolo.

The Italian midfielder is in line with Man Utd’s youthful transfer policy but the report adds that Zaniolo ‘would not want to leave Roma’.