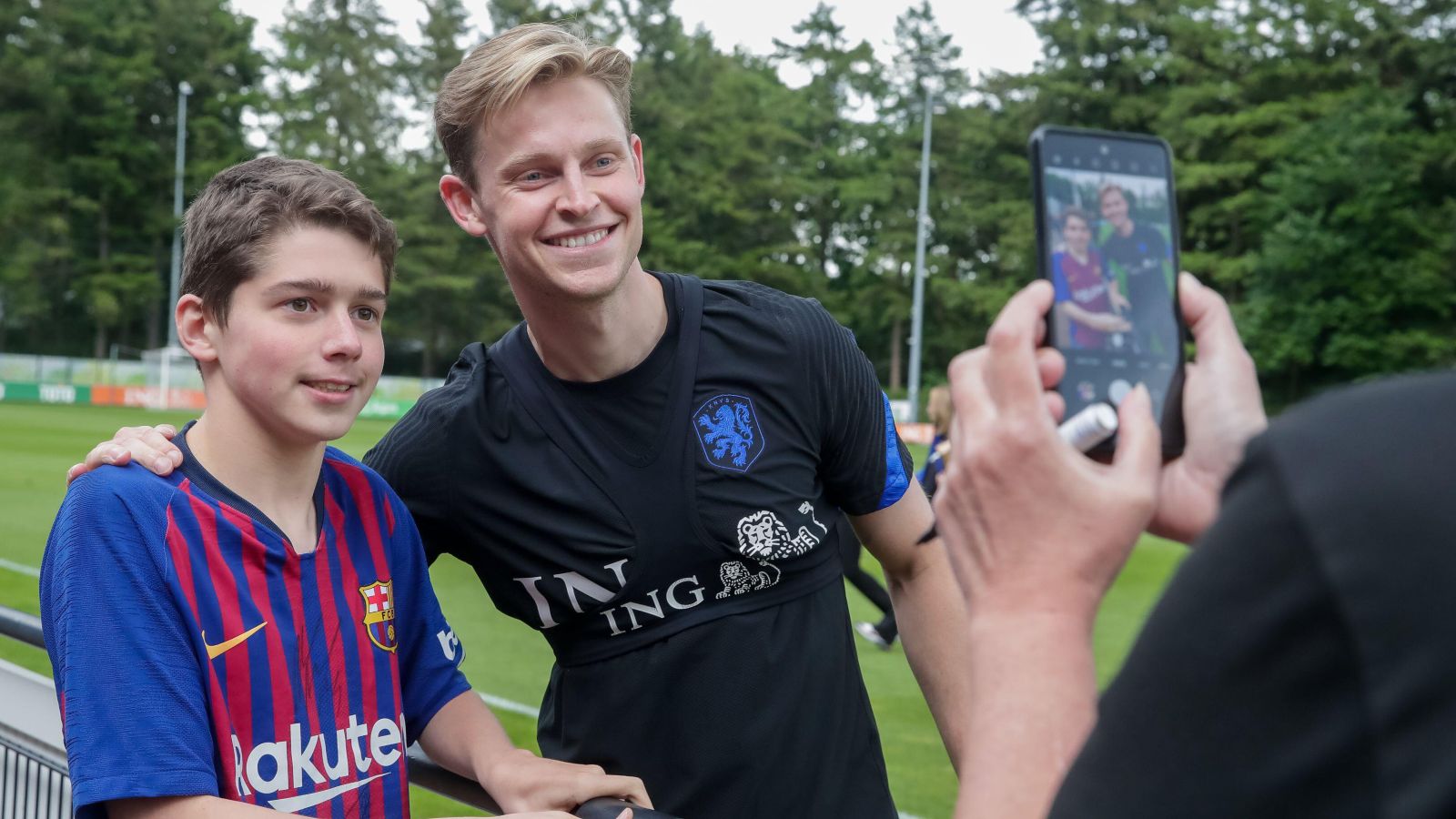 Premier League club Man Utd are convinced they will sign Barcelona midfielder Frenkie de Jong this summer, according to reports.

Ole Gunnar Solksjaer was keen to add to the Red Devils’ midfield last summer but in the end they decided to prioritise other areas of the team, signing Cristiano Ronaldo, Jadon Sancho and Raphael Varane.

But new Man Utd boss Erik ten Hag has also seen that they need strengthening in the middle of the park with the Dutchman set to ring the changes at Old Trafford.

United have been too reliant on Scott McTominay and Fred this season and now Ten Hag reportedly wants to be reunited with De Jong in the Premier League.

Ten Hag and De Jong were together at Ajax with the duo enjoying a successful spell, including a Champions League semi-final in 2019.

The Netherlands international signed for Barcelona at the end of that season for €75m and has scored 13 goals in 140 appearances in all competitions for the Catalan giants.

A report at the end of April said that Ten Hag intended to make De Jong the ‘cornerstone’ of his Man Utd revolution, while another report yesterday insisted that the Barcelona star was now ‘not as reluctant’ to join the Red Devils after calls from Ten Hag.

And now Spanish publication Sport (via Sport Witness) claims that Man Utd made contact at the end of the season to see if De Jong was ‘classified as transferable’ by Barcelona.

Man Utd – who have not yet made a bid – are convinced that ‘there will be a transfer agreement’ this summer and will ‘gladly pay’ the €75m (£64m) plus variables required to purchase De Jong.

The midfielder is seen as an ‘absolute priority’ for his compatriot Ten Hag this summer and it is ‘Manchester United or nothing’ for him despite his hope he could play in the Champions League next campaign.

Man Utd are confident of securing a deal as they have proposed a ‘higher salary’ and convinced De Jong of the ‘top-notch’ project they are building under Ten Hag.

Sport adds: ‘The situation is complex, and anything can happen, but the key is held by a player who opted to sign for Barça and who does not see the right way to go through the back door. Without a doubt, if he decides to leave, he will do the club one last service.’