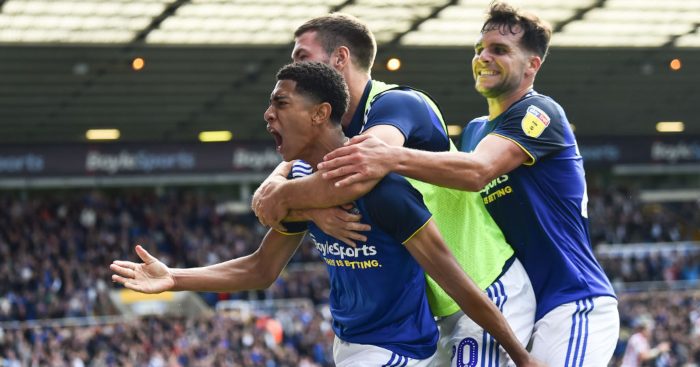 Manchester United have put a package together to persuade Birmingham City to part with youngster Jude Bellingham, according to reports.

Bellingham has enjoyed a breakout season in the Championship this term as the Blues find themselves in 18th position after beating Luton Town 2-1 on Saturday.

The midfielder has scored three goals and provided one assist in 23 Championship appearances for Birmingham with 17 of those coming from the start.

And now the 16-year-old is attracting interest from higher up the football pyramid with the Daily Mirror claiming Man Utd have made an offer for Bellingham.

The Red Devils are at ‘forefront of the race’ with some of the ‘biggest clubs in Europe’ with United offering Birmingham a ‘hefty downpayment with add-ons expected to take the bid over the £12.5m-mark’.

United are not the only club interested in the England under-17 international with another unnamed club making ‘formal approaches’ for Bellingham.

Ole Gunnar Solskjaer has made it a priority to sign the best young players in the country since arriving as permanent Man Utd boss with the likes of Daniel James and Aaron Wan-Bissaka coming in at Old Trafford.

Bellingham became Birmingham’s youngster-ever player when he made his debut at 16 years and 38 days old, while his goal a few weeks later against Stoke City made him the club’s youngest scorer too.