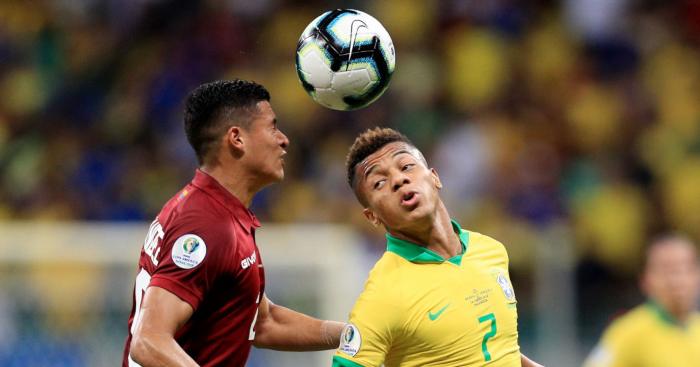 Manchester United have tabled an offer for Ajax forward David Neres after agreeing a deal to sign Harry Maguire, according to reports.

United will pay £85million for Maguire, with the deal subject to a medical and personal terms, though with the Leicester defender keen to make the step up the latter should prove no obstacle.

And following that news, journalist Jorge Nicola reports in his blog for Yahoo (via Sport Witness) that the Red Devils have made a €50m bid for Neres.

Neres has previously been linked with Liverpool and Everton after a stellar season with Ajax, scoring 12 goals and assisting 15 in 50 games.

The report adds that the Brazil international was set to sign a new deal with the Dutch side but the offer from United has delayed a decision on that.

Ajax are only willing to do business for €70m (£64m) but the report adds that a deal of that magnitude could see United have Financial Fair Play issues.