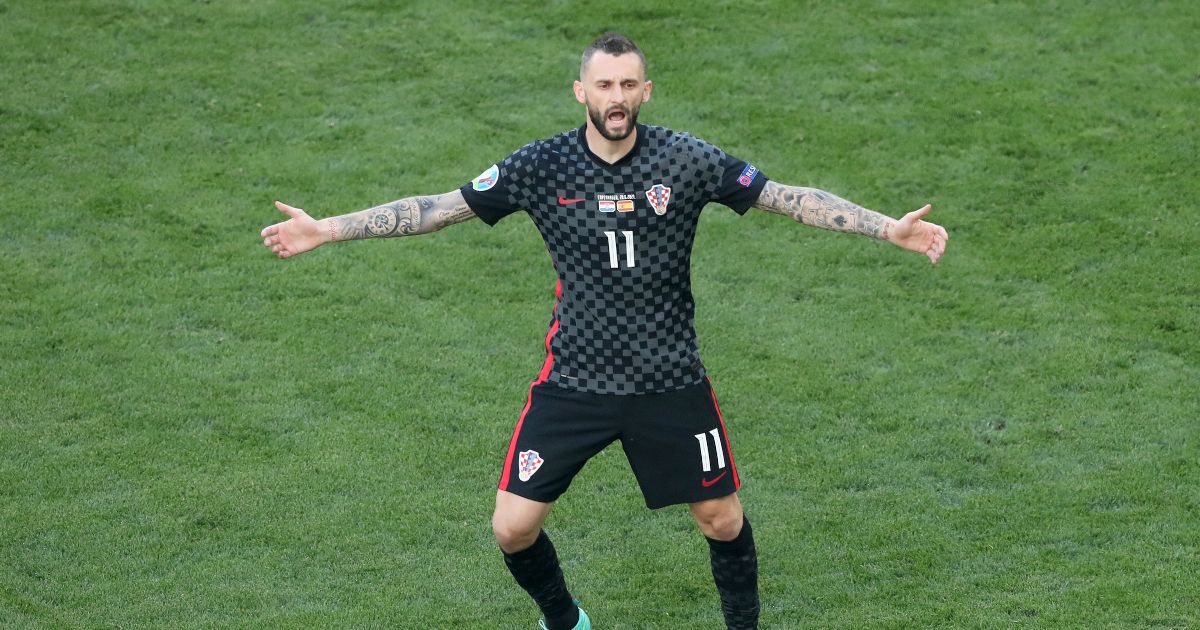 Man Utd are prepared to make an offer for Inter Milan midfielder Marcelo Brozovic this summer, according to reports in Italy.

Brozovic was heavily linked with the Red Devils’ Premier League rivals Liverpool last summer with reports at the time saying the Merseysiders would capitalise on Inter’s ‘essential’ sale.

However, nothing came of their interest with Liverpool boss Jurgen Klopp deciding to sign Thiago Alcantara from Bayern Munich instead.

A report at the end of February insisted that Man Utd are now keen on the Croatian, who has two goals and six assists in 29 Serie A starts last season.

It was understood that the Red Devils were prepared to offer €30-32m plus left-back Alex Telles – who has struggled to get ahead of Luke Shaw in the team at Old Trafford – to land him.

And now La Repubblica claim that with his contract expiring next summer, Barcelona and Man Utd are looking to strike a deal for the Croatian.

Those two sides are ‘ready to offer’ €30m for the 28-year-old with the negotiations over his contract extension at Inter understood to be ‘on standby’.

Brozovic started three of Croatia’s four matches at the European Championship, including the dramatic 5-3 extra-time defeat to Spain earlier this week.

Meanwhile, Rio Ferdinand has some advice for Jadon Sancho after it was announced that Man Utd had agreed a fee with Dortmund for his transfer.

Ferdinand said: “I don’t need to tell him this because he loves his football, but work hard and make sure everything you do is about being a success at Manchester United and being the best you can be.

He added: “Sancho’s arrived, Sancho’s here! I feel beautiful man. This boy, just look at his stats, they don’t lie. In terms of goal involvements he was the second most over three seasons – that’s a fact.

“He’s got to convert that to the Premier League which is difficult, we’ve seen that, but listen, I believe in Jadon Sancho.

“Since he was a kid, he’s had hot press, hot expectations, he had the bravery to leave Man City and go abroad. Personality, character.”