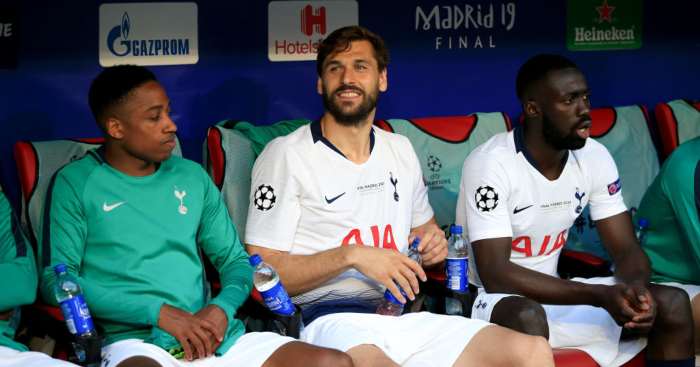 Manchester United have offered a contract to former Tottenham striker Fernando Llorente, according to reports in Italy.

The Red Devils sold Romelu Lukaku to Inter Milan this summer without bringing in a replacement with Ole Gunnar Solskjaer placing his trust in players already at the club.

However, United are still lacking a striker in the same mould as Lukaku with rumours before the transfer deadline that they could sign Juventus’ Mario Mandzukic.

The Spaniard is still a free agent after being released by Mauricio Pochettino at the end of last term.

And the report adds that United have ‘contacted’ the 34-year-old and offered him a two-year deal at Old Trafford.

The Red Devils have a limited pool of free agents to choose from with Wilfried Bony even mentioned as a possible option by Gazzetta dello Sport.