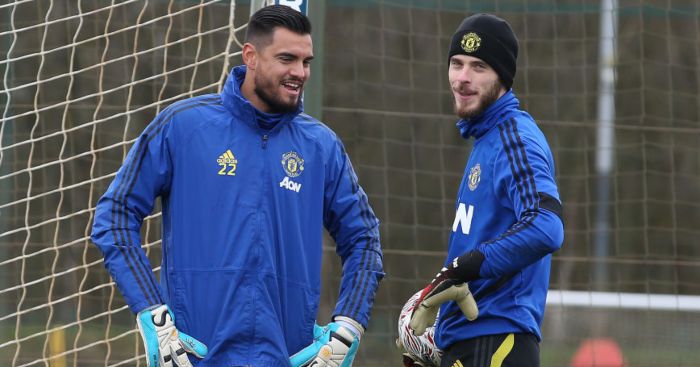 Man Utd could offer goalkeeper Sergio Romero as part of a deal to convince Aston Villa to sell Jack Grealish, according to reports.

Aaron Ramsdale’s £18.5m move to Sheffield United was confirmed on Wednesday evening, ending their interest in bringing Dean Henderson back to Bramall Lane on loan next season.

That could mean Henderson will remain at Old Trafford next season to compete with David de Gea for the number one spot at Man Utd, knocking Romero further down the pecking order.

The Argentina international has been linked with a move to Leeds United already this summer and now the Daily Mail reckon that United could offer to Aston Villa in a player-plus-cash offer for Grealish.

It is unclear the level of the Red Devils’ interest in Grealish up until now with David Ornstein recently claiming that Man City were actually showing “more interest” in the Aston Villa captain than Man Utd.

However, the Daily Mail reckons that United could offer Romero ‘as a makeweight in any deal for the £70million-rated Grealish’ with Man Utd apparently preferring that to loaning Henderson to Aston Villa.

The report finishes by saying: ‘United insiders have played down interest in Grealish, but talks are expected to develop in the coming weeks.’