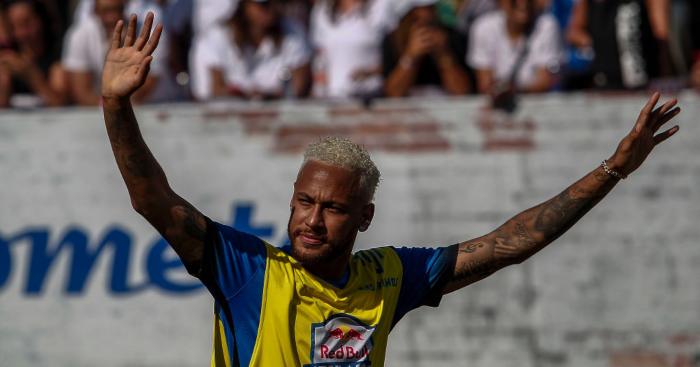 Manchester United have been offered the chance to sign Paris Saint-Germain superstar Neymar, according to reports in Spain.

PSG sporting director Leonardo recently admitted that the club is prepared to sell Neymar after the Brazil forward failed to report for pre-season training.

Earlier this month, a club statement read: “PSG affirms that the player Neymar Jr was not present at the time and place required, without prior authorisation from the club.

“PSG regrets this situation and will take appropriate action.”

Real Madrid and Barcelona have been heavily linked over a potential deal for the 27-year-old as they are likely to be the only realistic destinations for him.

However, Mundo Deportivo (via Daily Express) claim that PSG have made five clubs aware of Neymar‘s availability with Barcelona, Real Madrid, United, Bayern Munich and Juventus all given the opportunity to sign him.

The French side are reportedly looking to get back the £200m they paid to Barcelona for him back in 2017.