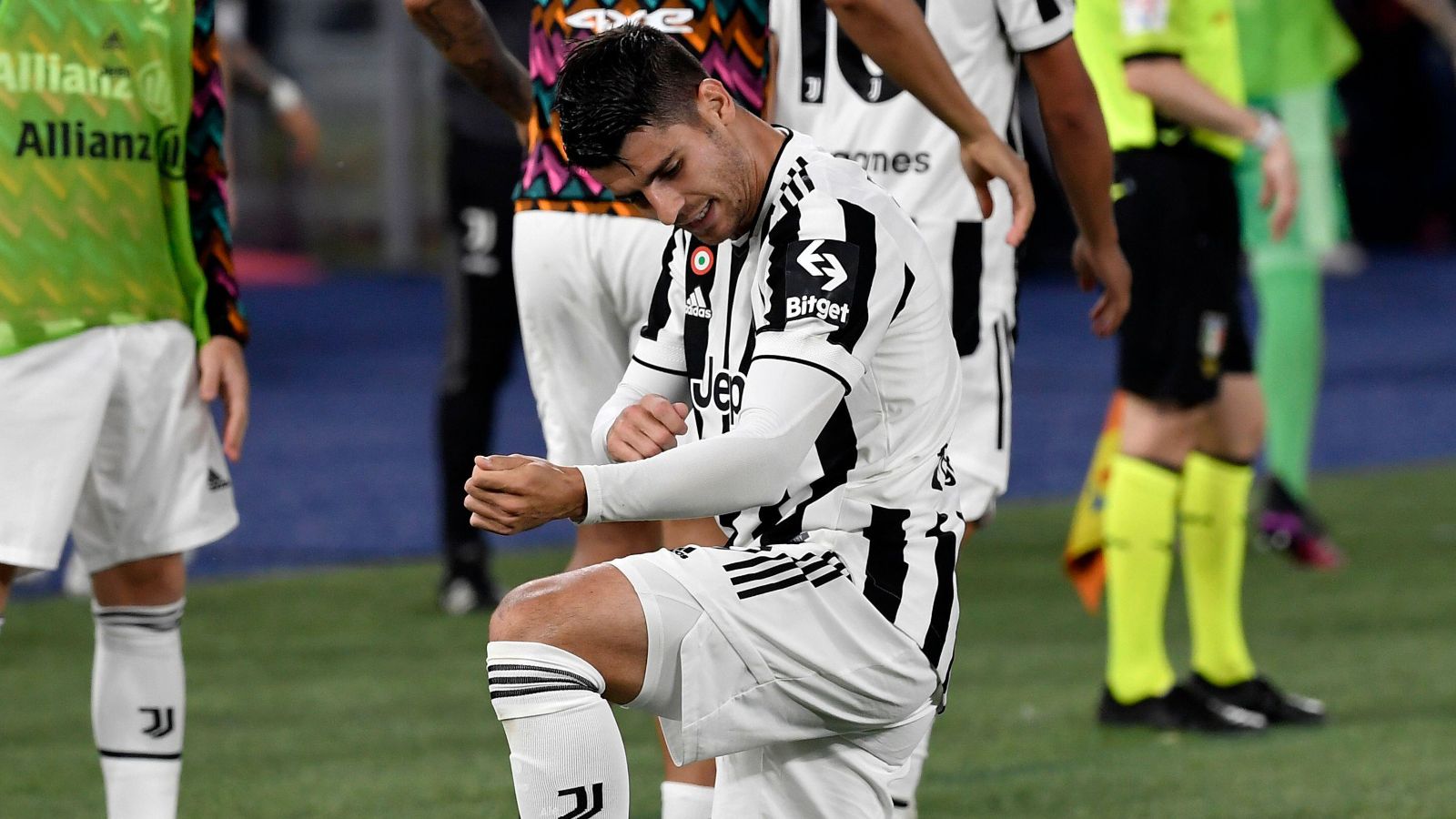 Manchester United have reportedly been offered the chance to sign former Chelsea striker Alvaro Morata having failed in their attempts to land Marko Arnautovic.

United are in the market for a new striker this summer to bolster their squad after they started the season without a recognised striker in the starting lineup.

READ MORE: Pleas for patience amid f***s no longer being given in a Mailbox split on Man Utd…

Cristiano Ronaldo was on the bench as he seeks match fitness after a summer spent angling for a move away from Old Trafford, while Anthony Martial was out through injury.

And as United were being given the runaround by Brighton on the opening day, news broke of their interest in former Stoke and West Ham striker Marko Arnautovic.

Bologna rejected their opening £7.6m offer and were ready to go close to £10m with a second before the Serie A side shut down negotiations.

On United’s interest, manager Sinisa Mihajlovic said: “I would be happy for Marko [in case he joins United] but I don’t think he will leave.

And transfer expert Fabrizio Romano later claimed that Arnautovic ‘won’t sign’ for United this summer with the Italian adding: ‘Deal off and talks will not continue after opening bid turned down by Bologna’.

Back to the drawing board then for United, who have reportedly been ‘offered’ Morata by Atletico Madrid.

The Spain international has epent the last two years on loan at Juventus, but their signing of Dusan Vlahovic in January forced Morata down the pecking order and he’s returned to Atletico.

The Spanish giants have Joao Felix, Antoine Griezmann and Matheus Cunha competing for places up top and ESPN claim they are keen to move Morata on.

The 29-year-old reportedly has two years remaining on his contract, and Diego Simeone’s side are said to want €35m (£29.5m) for the striker.

Morata may be tempted by a move away as he looks to remain the first-choice option for Spain ahead of the World Cup in Qatar.

But he’s unlikely to want a return to the Premier League having endured a tough spell at Chelsea, whom he joined form Real Madrid for £59m in 2017.

He scored 24 goals in 18 months at Stamford Bridge, a better return than many a Chelsea striker before and since, but struggled to adapt to life in England and later admitted that his mental health nosedived.

No better place for him than Manchester United then, you’d have thought…