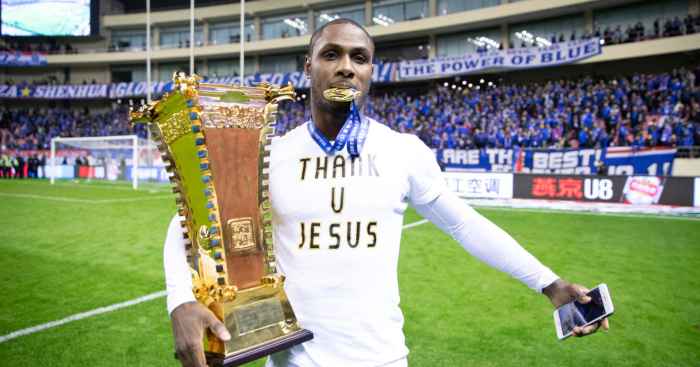 Manchester United have been offered former Watford striker Odion Ighalo on loan, according to reports.

Solskjaer admitted on Wednesday that he was keen for United to bring in another goalscorer before the end of the window after the club agreed a deal with Sporting Lisbon to sign Bruno Fernandes.

When asked if anyone else was coming in after completing a deal for Fernandes, Solskjaer said: “I am not sure.

And now the Daily Mirror claims that Shanghai Shenhua striker Ighalo ‘is being offered to Manchester United for a last minute loan move’.

Ighalo is ‘understood to be flying back to Europe today’ with the Chinese Super League suspended because of the coronavirus.

The newspaper describe Ighalo – who claimed that Barcelona wanted him over the summer – as an ‘option’ for Man Utd with the deadline approaching.

The Nigerian has scored 10 goals in 17 appearances for Shanghai Shenhua this season, while he scored 16 Premier League goals during his time at Watford.