Home All The News Solskjaer hopes for ‘consistency’ from Tuanzebe 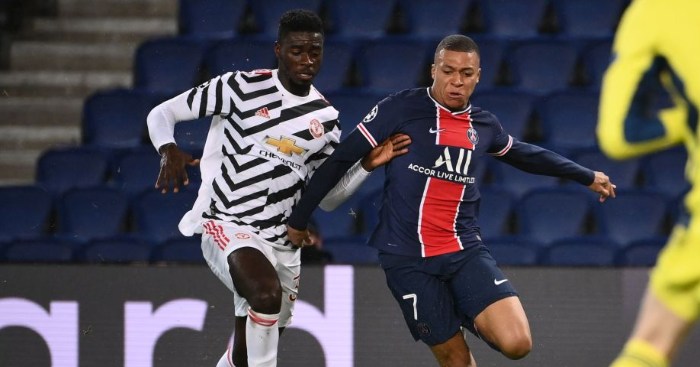 Ole Gunnar Solskjaer has praised Axel Tuanzebe for his performance against PSG, but he has urged the youngster to now kick on.

The 22-year-old came through the ranks at Man Utd. His breakout season came as he was on loan with Aston Villa in 2018/19.

The defender made 30 appearances in all competitions for the Villans that season. Tuanzebe impressed as they earned promotion back to the Premier League through the play-offs.

Tuanzebe returned to United at the start of the 2019/20 season. He struggled with injuries throughout the campaign. The youngster only managed 10 outings in all competitions last year.

He returned to full fitness in September, and he made his first appearance of the season against PSG this week.

The centre-back started the game with Harry Maguire missing out through injury. Tuanzebe shone for United as they won 2-1 at the Le Parc des Princes.

He will now be hoping that he can stamp down a regular place in United’s team for the remainder of the season.

Solskjaer was full of praise for Tuanzebe during Friday’s press conference but insisted he and other members of staff must manage him carefully:

“It was a great performance by a kid who has not played for 10 months.

“I’m delighted for him because he’s such a professional character. He wants everything; he works really hard, he’s been really thorough in his rehab. I’m very pleased for him.

“Now to get the consistency in his performances, he has to stay injury-free and we need to manage that. That’s mine and his job, and the physio staff as well, of course.

“He’s a boy who takes responsibilities for his own development.

“Now it’s about making sure he’s doing everything he can to have a long career at United. Hopefully, he can get this consistency.”