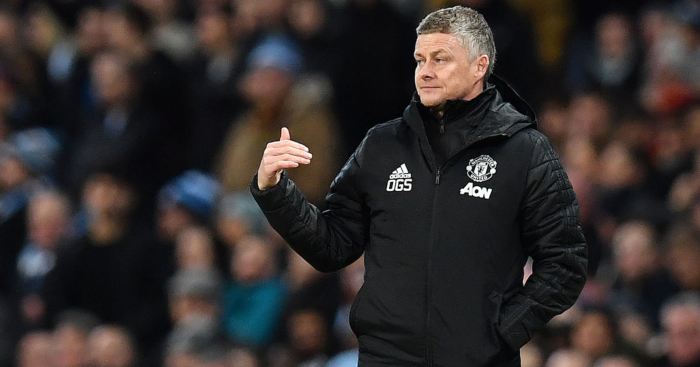 Nemanja Matic scored the only goal as United beat City 1-0 at the Etihad Stadium – their second victory at that venue in less than two months – but it was not enough to turn the tie around.

Holders City, who dominated both legs in terms of chances created, prevented further damage and profited from Matic’s sending off to win 3-2 on aggregate and book a Wembley date with Aston Villa.

And during the match on Wednesday night, Solskjaer was shown on camera shouting at Lingard, he said: “One more time and you’re f***ing off!”

When asked about the comments, Solskjaer said: “[It was] Just heat of the moment, [it happens] once in a while.

“When you lose the ball, make sure we try to play more. And in the next moment him and Victor [Lindelof] grew in confidence and started playing.

“Yes, we created one or two dangerous moments with the way we tried to play our way out, but that’s the way we want the box to express themselves.

“We have to do that to release the pressure.”