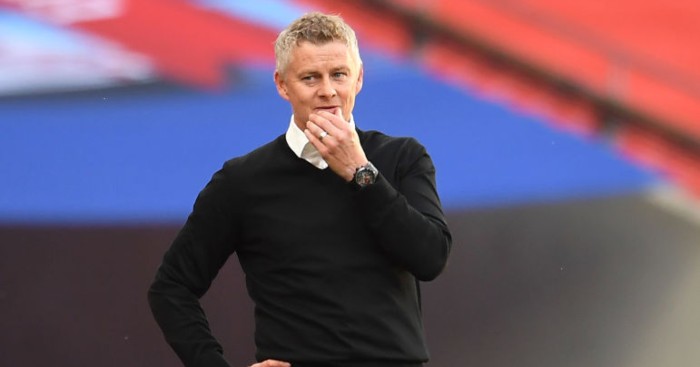 Man Utd are willing to give Ole Gunnar Solskjaer the funds for a new centre-back but he must trim his squad first, according to reports.

The Red Devils have only conceded three more goals in the league this term than Premier League champions Liverpool with Harry Maguire and Victor Lindelof the regular starters in the heart of their defence.

The Daily Telegraph claims Man Utd boss Solskjaer ‘would like to bring in another centre-half’ this summer but ‘will first need to clear the decks before recruiting’.

Marcos Rojo – who has been on loan at Estudiantes since January – and Phil Jones are deemed ‘surplus to requirements’ at Old Trafford, while Chris Smalling’s future is up in the air following a successful loan spell at Roma.

The Red Devils have seven centre-backs on their books in total and Solskjaer must trim those numbers before bringing a new face into the building.

Smalling is ‘waiting for clarity over United’s position on him before deciding his next step’ with the report adding that the ‘door is not entirely closed on a return to Solskjaer’s squad’.