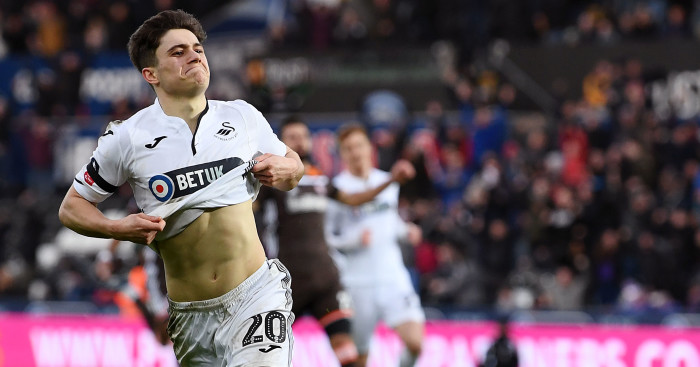 Manchester United are reportedly close to agreeing a deal to sign Daniel James but it has been denied by ‘sources’ close to the Swansea winger.

The 21-year-old appeared all set to join Leeds in January until the move collapsed on deadline day, when the Swans got cold feet over a deal which could have netted them £10million.

Leeds’ failure to land James has allowed Premier League clubs to register their interest, with Liverpool and Everton both said to be keen on the Wales international.

The Daily Mail reported on Tuesday that United had moved to the head of the queue for James and now the move seems to have moved a step closer.

Sky Sports claims United are on the verge of a £15million deal for James, who has one year left on his contract at the Liberty Stadium.

However, Sport Witness journalist Naveen Ullal has been told by a source that there is “no way” that the deal is close.