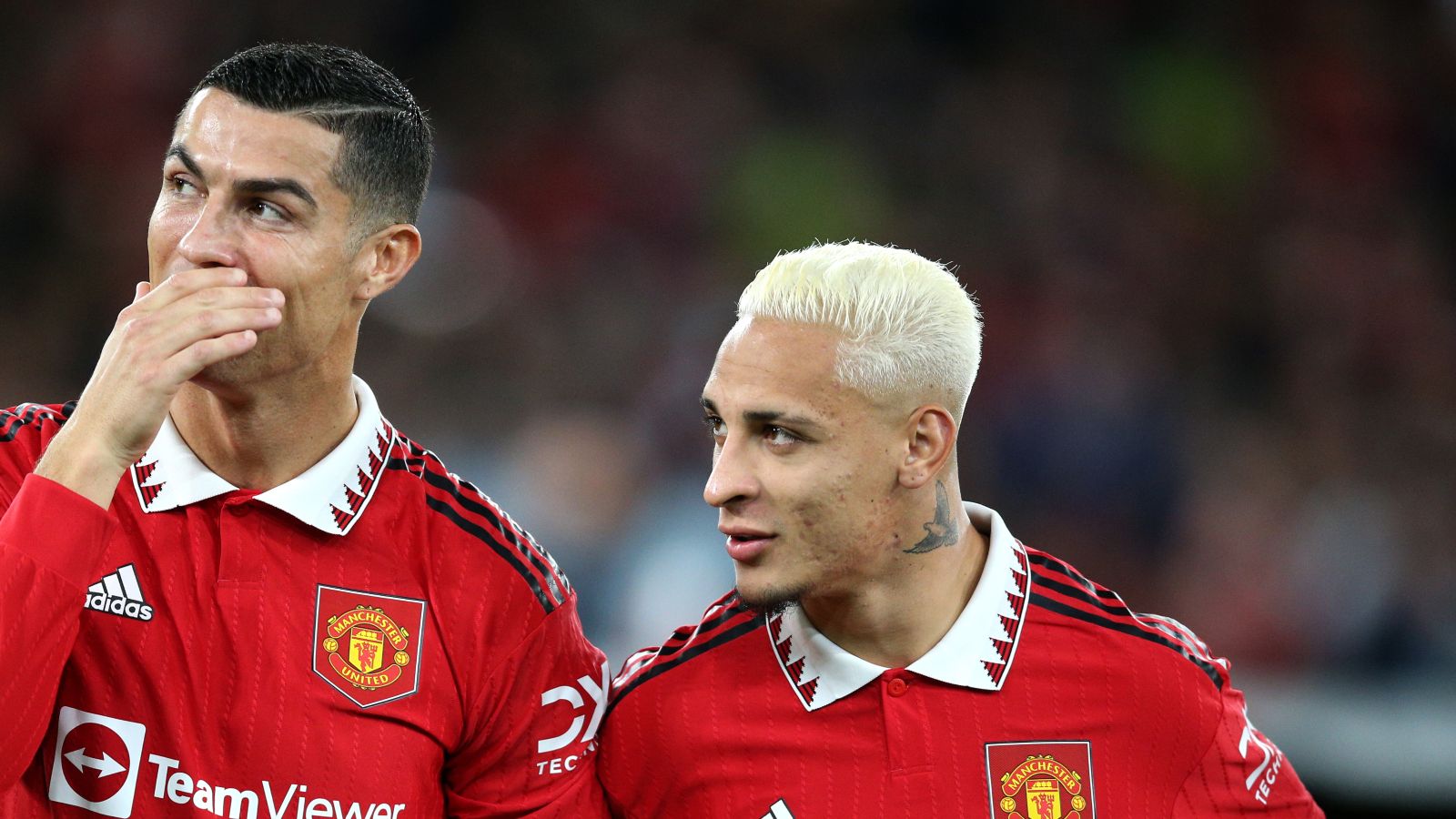 Three pundits have slammed Man Utd winger Antony after the summer signing showboated against FC Sheriff when the score was still 0-0.

The Brazilian started against FC Sheriff on Thursday night in what was United’s fifth game in the Europa League group stages.

Man Utd look likely to finish second in Group E behind Real Sociedad after the Spanish side beat them 1-0 in their opening game.

United were frustrated by FC Sheriff in the early going as they did not go ahead until the 44th minute.

A few minutes before United’s opener, Antony showboated as he spun with the ball at his feet with no one around him.

This came to nothing though as he then passed the ball out for a goal kick. Robbie Savage was quick to slate Antony afterwards.

“That for me is ridiculous. He’s done that then he puts the ball out of play, it’s quite embarrassing really,” Savage said on commentary.

He added: “If I was a manager, and he did that again, I would drag him off.”

Erik ten Hag did indeed take Antony off at half-time as Marcus Rashford replaced him. Harry Maguire was also brought on for Lisandro Martinez.

Speaking during the interval, Paul Scholes hit out at Antony as his showboating was “ridiculous”. The club legend has previously described him as a “one-trick pony”.

“If I was that number 61 I know what I would be doing. I don’t know what he is doing, it is just ridiculous.

Owen Hargreaves added. “If you’re going to do it, the final pass has to be good. You can’t kick it out.

“At 0-0 you don’t really do that, you don’t even do that when you are three or four goals up, you’ve got to show some respect to the other team.

“I guess sometimes players just want to show their skills but you need to be functional with it and if you kick it out, I don’t think that helps either.”

Ten Hag was already not completely happy with Antony. Earlier this month, he conceded that he “expects more” from the ex-Ajax star.

“We have to expect more from him,” Ten Hag said.

“He needs challenges, that’s why he came to the Premier League. He gets it here, he wants to play with the best players, the highest stress factors against the best players and from there on he will step up.”