Home F365 Features Do Man Utd need a trophy? Of course they sodding do… 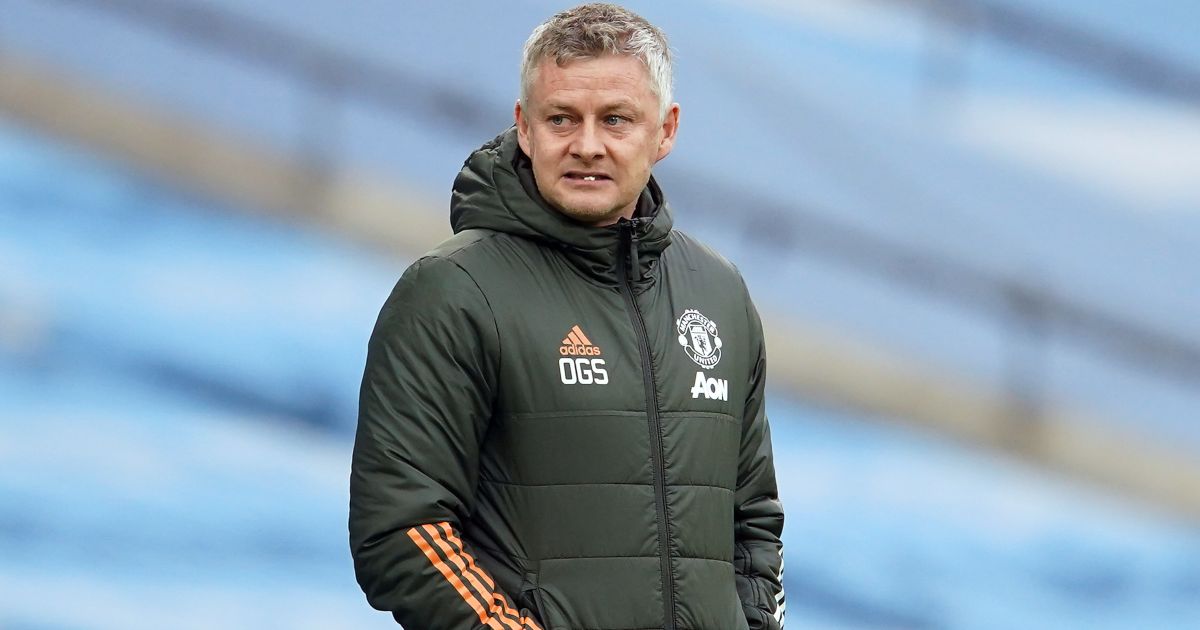 Manchester United are making great strides. And they won’t hear anything to the contrary.

“The progress made by Ole and the players this season is clear,” Ed Woodward said earlier this month. And Ole Gunnar Solskjaer claims not a day goes by when he doesn’t see that progress.

“When you see the culture here, I see progress every day,” he said last week. “It’s for others how much to assess there’s been an improvement. We’re all aiming to win trophies at this club, but sometimes the trophy can hide other things that are happening at the club.

“It’s in the league positions that you see whether you’re progressing, really.”

Now that is true to a certain extent. League positions are the clearest possible sign of progress – in the league. And it’s in the league where United still need nine points amid their inconsistencies to match last season’s tally.

But cup glory, rather than being “an ego thing for managers and clubs” – as Solskjaer claimed last week – also enhances that progress and often accelerates it.

It was a frankly bizarre take from a manager who has built his standing on positivity and doing things ‘The United Way’. Whatever else that concept involves – and four trophy-less years is long enough to make you wonder – winning silverware is surely one of its primary principles.

A lack of honours this year, a very real prospect after United’s ‘demoralising’ FA Cup defeat, would make it four years without replenishing the trophy cabinet – a drought to equal the barren years in the late 1980s and the driest spell since a five-season dry run between the 1977 and 1983 FA Cup triumphs.

That particular competition represented progress enough to keep Sir Alex Ferguson in a job. In the league, United were slumping hard and the 1990 FA Cup win earned him a stay of execution. Over 30 years later, it’s unclear whether Solskjaer is still keeping his parking space free.

Applying Solskjaer’s logic, United should not have been blinded by the glare off the cup and binned Ferguson after the parade. The Red Devils finished 13th in the First Division, following an 11th-place finish the season before. No progress there.

But that FA Cup win proved to be the catalyst for United’s greatest period of success – in which Solskjaer played a significant part. So he has no excuse for ignoring one of the most important lessons from Ferguson’s reign: success breeds success.

Of course, how you define success is key here. To Woodward and the United owners, it represents something entirely different to what it means beyond the boardroom. But the curators can’t hang a balance sheet in the club museum next to the three European Cups and 20 titles.

Solskjaer is evidently conflicted. He has tasted glorious triumph before but keeping Woodward and the Glazers happy by keeping United in the Champions League is the key to keeping his job. Louis van Gaal knows from bitter personal experience and Solskjaer too appears acutely aware of the club’s muddled priorities.

“Ole is the ultimate exemplar of someone in #mufc who has tremendous character, incredibly well connected with the culture & history of the club. No one in the world is happier than me with the phenomenal success he's bringing." #mujournal

But to demean trophies as “sometimes an ego thing for managers and clubs” is just weird. Especially for the manager of a club who had won more trophies than anyone else in the country when he took over. No longer is that the case.

Solskjaer seems to have recognised that there are two ways to keep a dream job that many would argue he is still unqualified for: insulate himself with success; or pander to his overlords. The Norwegian, whose last trophy came in the form of the Norwegian cup eight years ago, appears to have taken the easy option.

That he doesn’t acknowledge that United must win honours shows an ignorance of the history he helped to create. But failing to recognise that THIS United needs a trophy highlights a blindness to what is happening before his own eyes.

Solskjaer’s United are renowned for several things, but chiefly for lacking the wherewithal to get beyond the semi-finals of a cup competition. Four times they have tried and failed since the start of last season.

“No, it is not psychological,” he said after the latest semi flop in the Carabao Cup when losing at home to Manchester City. But until he proves that to be true, it will remain the overriding assumption that United lack the mental fortitude – or worse, appetite – to perform when it matters. Because as they infrequently demonstrate, interspersed with periods of frustration, this group can actually compete.

But merely competing should never be enough at Manchester United. As Solskjaer well knows – even if his instincts of self-preservation don’t permit him to admit as such – that the club, himself and his players really do need the ego boost of a trophy this season.