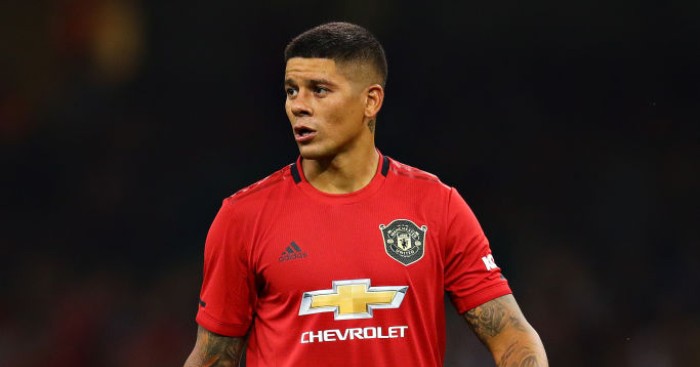 Marcos Rojo is unhappy that a potential move from Manchester United to Everton collapsed before the transfer deadline.

The Argentinian made just five appearances in the Premier League last season and has moved further down the pecking order at Old Trafford with the arrival of Harry Maguire.

Rojo was signed by Louis Van Gaal for £18million in 2014 but has struggled for regular first team football for the last two seasons.

And the 29-year-old failed to make the squad as United opened their Premier League account for the season with a 4-0 victory over Chelsea.

‘United rejected a (proposal) from Everton last week because they said they wanted the defender’s move to be permanent.

‘Rojo was angry that the deal fell through and is determined to leave over the next two and a half weeks.’

However, reports from Turkey on Wednesday claim that he could still make a move away from Old Trafford this summer albeit on loan.

Fenerbahce are now said to be interested in a temporary move for Rojo, reports Turkish newspaper Posta.

The Turkish giants signed Huddersfield Town’s Mathias Zanka last week but are thought to be in the market for another centre back.

Having been re-buffed in their attempts to sign Aleksandar Kolarov from Roma, they have turned their attention to the Man Utd outcast.