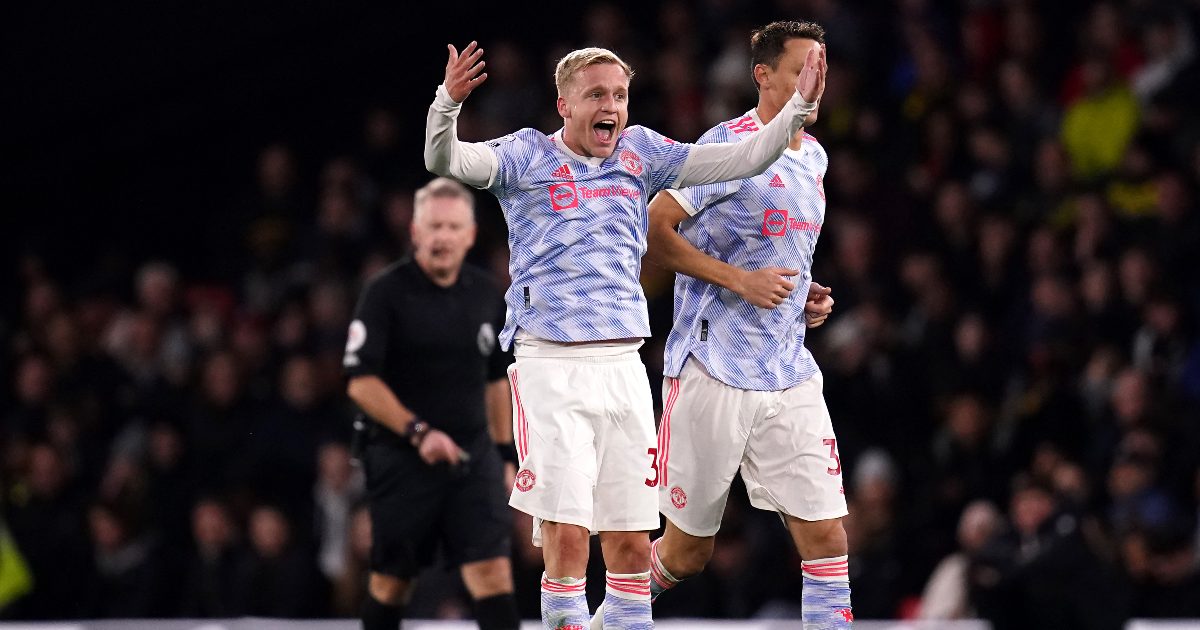 The Dutchman joined Man Utd in 2020 from Ajax. They paid a fee that could rise to £40m for the midfielder.

Van de Beek’s debut season did not go to plan as he only started four times in the Premier League.

The 24-year-old was linked with a move away from the Red Devils last summer but he ended up staying until the January transfer window.

Van de Beek did not start once for United in the league in 2021/22 prior to his loan move to Everton.

He is set to spend the rest of the season with the Toffees before returning to United in the summer.

Rangnick is due to be replaced ahead of the 2022/23 campaign and United have been linked with the likes of Mauricio Pochettino and Erik ten Hag.

Whelan believes Man Utd were “shrewd” given that they did not offer Everton a buy option for Van de Beek.

“However, it’s a really shrewd move from the club to allow him to leave but manage to resist sending him out on a loan-to-buy deal.

“I think he’s got a real future at Man United and could explode under whoever comes in to replace Rangnick.

“The time was right to get him out. Everton can give him those regular first-team minutes in the Premier League. I’m excited to see what he can do.”

Speaking on Thursday, Everton boss Frank Lampard suggested that Van de Beek and Dele Alli “have a point to prove”:

“In terms of our business with Donny and Dele, they’re separate cases,” Lampard said (via The Metro)

“I just look at the player and the person and I had conversations with them both. They’re both very, very talented players.

“I’ve come up against them in the past and was very impressed with them. Sometimes it’s good to get players in who have a point to prove.

“My job now is to create an environment to support them to let them show the talent they have. It’s natural talent they have and we have to harness it. It’s my job to put it all together.”